Seems that only certain markets are getting the Standard edition, single-CD releases of “McCartney” and “McCartney II”. Newly remastered versions were released on June 14.

I’ve looked on a number of online store sites in the USA (Amazon, CD Universe and Best Buy) and there is no mention of a standard, single disc version of either disc being available for sale there. You can only get the Special and Deluxe versions on CD, and of course on good old vinyl in a 2 LP set.

Nor is there mention of a single-CD Standard version on the McCartney site itself. You can buy whats called the Standard version (i.e. just the original remastered album on its own), but it’s only offered as a digital download and not as a physical CD.

However, I notice on the HMV online store in the UK there are single CD versions available of both “McCartney” and “McCartney II“. Its these versions – marked “Printed in the EU” – which are available here in Australia. Here are the covers for the EU Standard editions (still sealed, front and rear) of each disc: 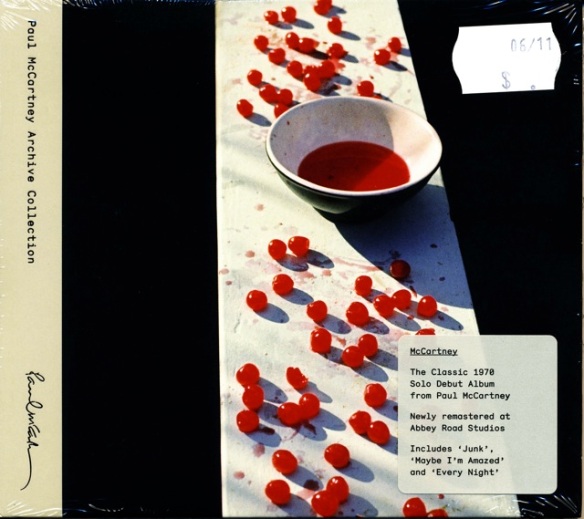 As you can see, I grabbed a couple of copies of these. I’m still awaiting my copies of the Deluxe and Special multi-disc versions, plus of course the 2 LP vinyl.