The photograph of George Harrison chosen for the publicity posters (and for the front cover of the accompanying book) of “Living In The Material World“, the forthcoming Scorsese-directed film, CD and DVD is impressive:

It is simple and arresting. Quite peaceful really, and it got us wondering about where it was taken, and why. After a bit of online research we think we can confirm that it was taken during the filming for the Beatles movie “Help!”, released in 1965.

In the film there’s a very brief scene – shot at New Providence in the Bahamas – where the Beatles, after being chased by the bad guys, end up in the swimming pool of a resort hotel with all the guests looking on as they emerge wet, bedraggled and fully-clothed from the pool.

Here’s the page in the “Help!” script with the scene:

So, I think the Scorsese poster and book cover photo was from filming on this day, February 23, 1965 at the Nassau Beach Hotel. Here’s some photographic proof: 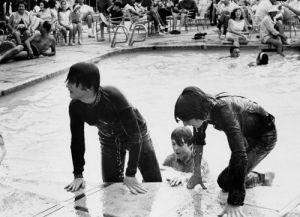 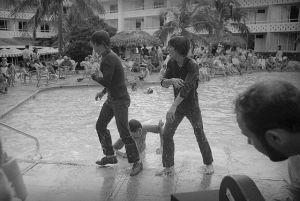 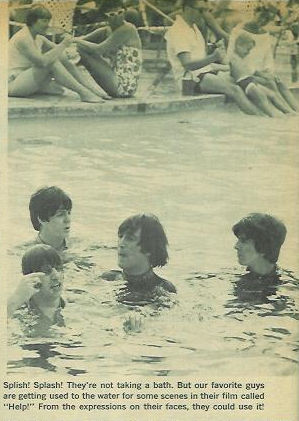 Interestingly, in 2007 Martin Scorsese wrote a short appreciation of the film “Help!” for the book that comes with both the standard and the deluxe DVD box set re-issue of the film. Perhaps that’s where he came across the striking image of George for his latest project? 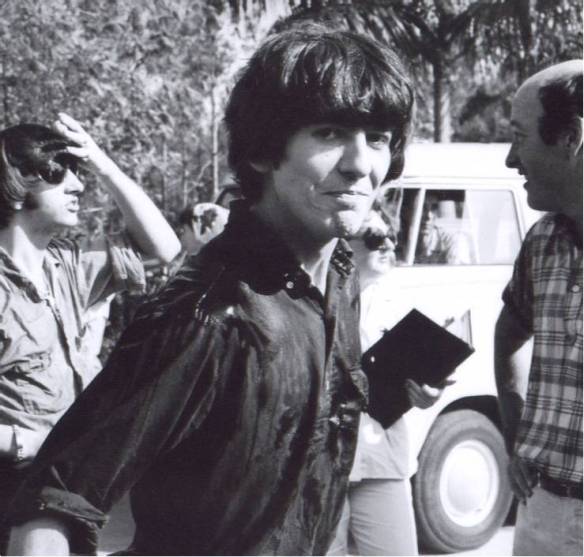 10 thoughts on “George Harrison Photo for Scorsese Film and Book”