This is the latest in a series about the Beatles being photographed holding or being nearby LP records or CD’s. Of all the many thousands of photographs taken of the band (or of them as solo artists) there are not actually that many with them in close proximity to the product they sold so many of….

Readers have sent in some additional photos and so its time for maybe one more installment. This first one, which comes from Thomas Repetny, is an early shot taken on a stage decorated with record covers behind what is clearly an early incarnation of the group (i.e. no Ringo yet…): 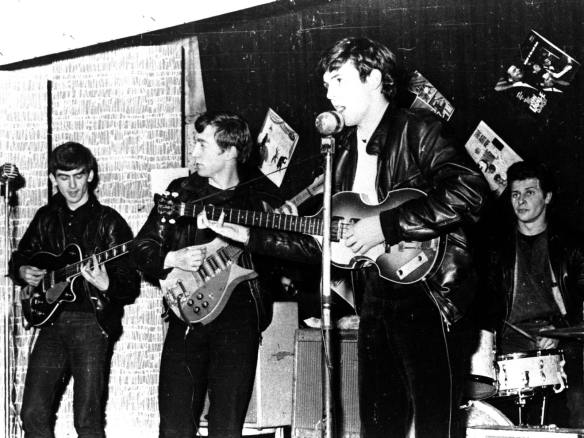 Thanks for this one Tom – and check out Tom’s own zany site tomwantstoplaywithpaulmccartney.com and watch as he follows his dream.

In researching this photograph (to try to figure out the LP covers hanging up on the wall behind the Beatles) I found the same early stage shot taken from a couple of other angles:

Of the eight LP covers and one 45 that can be seen behind the band I can clearly make out just two. They’re both above drummer Pete Best. The first is right at the top and it’s The John Lasalle Quartet LP “Jumpin’ at the Left Bank”:

This jazz album was recorded live at the New York City nightclub of the same name. It was released in the early Sixties. Interestingly its on the Capitol label – which of course would soon become the Beatles own label in the United States.

The other album cover is just above Peter Best’s right shoulder. It’s an album by the legendary Belgian jazz guitarist Django Reinhardt – “The Art of Django”:

All the albums on this stage seem to be jazz-influenced. The only other title I can vaguely make out is “The (something) Jazz Quartet”. If anyone knows when and where this photograph was taken, and if anyone can identify any of the other record covers, please email us at beatlesblogger@gmail.com

There was another photograph sent in also with the Beatles playing on stage – this time with their own record “Please Please Me” enlarged as the backdrop: 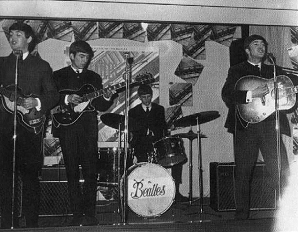 Again, it’s quite an early shot – but there is Ringo, and there is the very early flowing script version of a Beatles logo on his bass drum. Clearly it’s just after the release of their very first LP in Britain because there behind them, plastering the rear of the stage is a large poster and many record covers for “Please Please Me”:

Once the band started to become famous the press wanted photographs of them at home and in more relaxed surroundings. Here’s one of those featuring Ringo with his Mum and stepfather – who both loved their music. He’s talking with them about the record he’s holding. It’s by James Ray:

You can see the rear of the cover in the photo above: 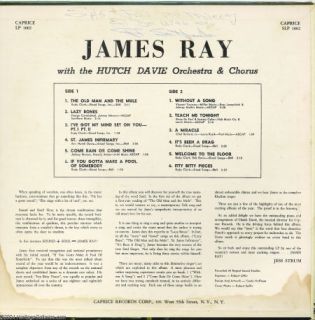 And this is the front cover image: 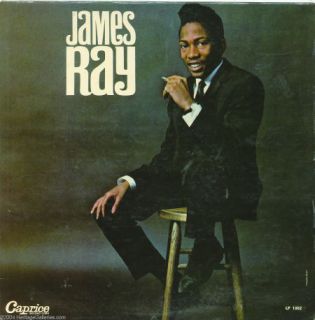 Nice. James Ray was an American R&B singer. There’s another Beatle connection here because in 1962 it was James Ray who recorded the original version of “Got My Mind Set on You” (you can see that on the rear cover track-listing from the album that Ringo is holding. See track 3). Much later (in 1987) the song became a number one hit for George Harrison. (To compare the two versions see: YouTube – James Ray and YouTube – George Harrison)

Signing albums has always been a task when in public for all the Beatles. Here’s Paul in what looks like the mid 1980s signing a copy of one of the Beatles most famous record covers – “Yesterday and Today”: 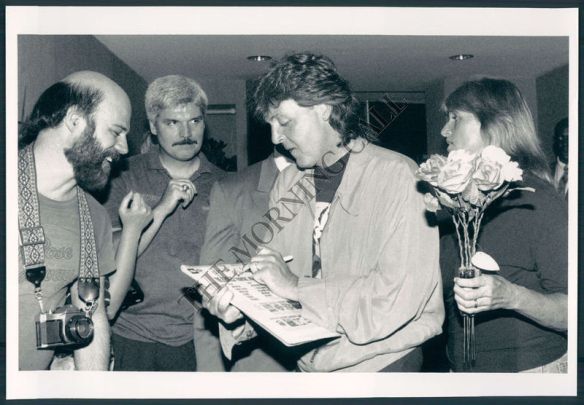 What you can see in the picture above is the rear cover: 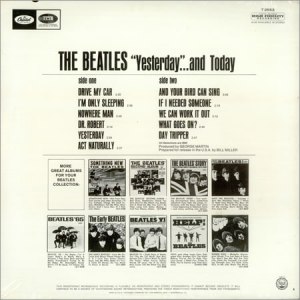 Doing publicity for a new record that is out in the shops goes without saying – even for ex-Beatles:

As he would say: “Peace and love.”

And happy Easter everyone.