Had this amazing find yesterday. Just near where I work there’s a discount bookshop that sells lots of remainders. Over the years I’ve picked up quite a few things here (see: The Beatles Second Album;  “The Beatles” book; Beatles Books Abound; etc.)

Yesterday I went in for the first time in weeks and saw about five copies of this sitting on a shelf: 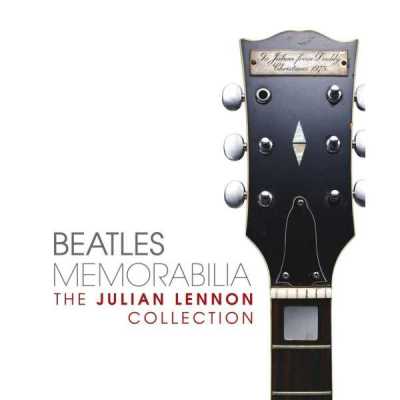 I’ve seen this book around the traps but never purchased a copy, but at just A$14.99 how could I refuse?

John Lennon’s son Julian has turned his Beatles memorabilia, previously sitting in storage, into a travelling exhibition and a book – all to raise funds for his charity The White Feather Foundation.

There are lots of gold record awards –  all of them from the US and all of them genuine (that is, the actual records that were presented by the RIAA – the Recording Industry of America – to the Beatles). In fact Julian says that his is the only full collection of the American gold discs. How can you tell they are all original? Well the book explains that official presentations are identifiable by the “…white-matte style, so named because of the white linen background used in the   construction of the award. These types of awards were produced from 1963 to 1974 and were strictly limited to the artists only.” 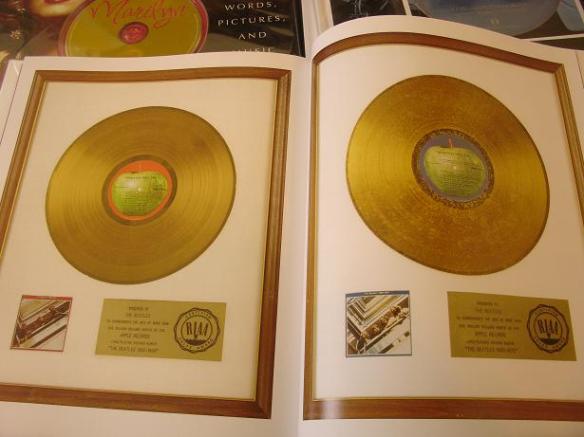 Interestingly, Julian says in the text that despite being the only person to own a complete set of Beatles US gold records, he doesn’t own any of the Beatles vinyl albums at all. Extraordinary.

There are a couple of great guitars pictured in the book – some of which were given to him by his father and others acquired later (like this one): 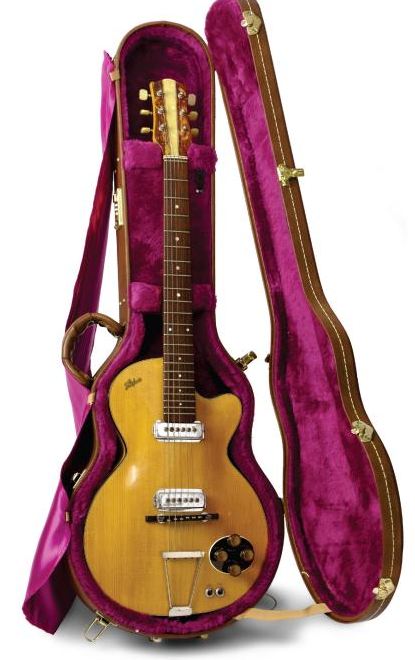 Julian says that nearly everything he now owns he had to buy at auction. When his father passed away in 1980 he didn’t inherit any mementoes or keepsakes. Which is incredibly sad for himself and for his family. 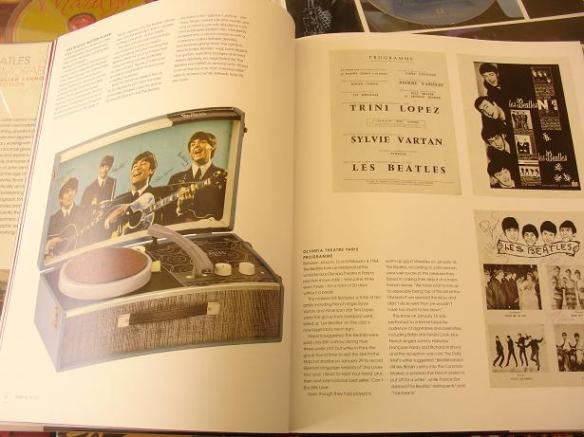 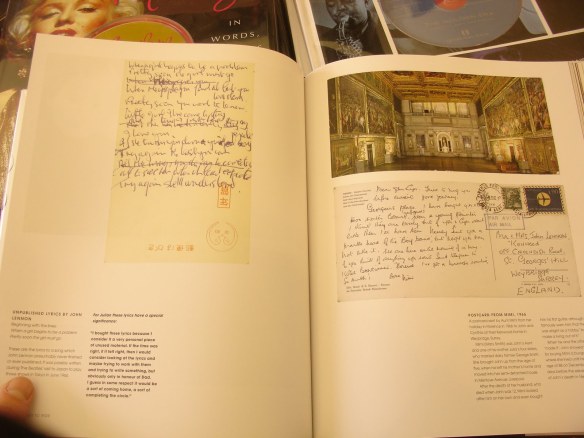 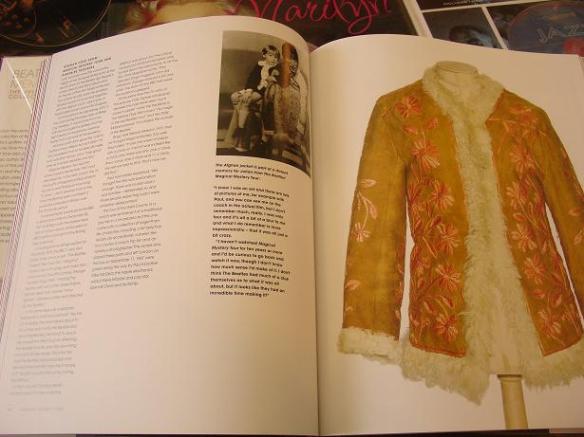 If you want to have a peek inside just click here, and here’s a video of Julian Lennon talking about the book and exhibition. 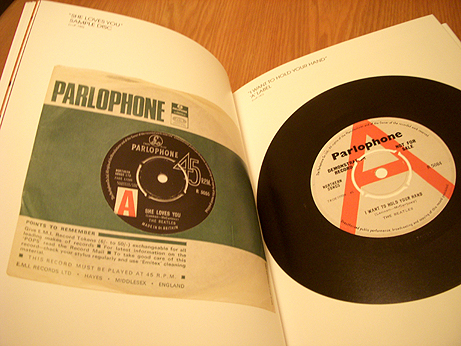