Made the mistake of walking past my local discount book store today…..haven’t been near the place for weeks and it’s always a bit of a lottery to go in. They turn over discontinued and surplus titles very quickly and at very cheap prices so you never know what you might find. Today, in ten minutes, I came away with not one but four new Beatles titles for the collection.

This first one is a ripper and comes from 2010. It documents what is now a legendary photo shoot by the band in July, 1968 otherwise known as “The Mad Day Out”. Photographer Don McCullin shot about fifteen rolls of film over the course of a day out in the streets of London and back at Paul McCartney’s house at St John’s Wood.

Many of the photographs had until now remained largely unpublished. If you have the Beatles “1962-1966” or the “1967-1970” double LPs or CDs you’ll have seen at least one photo from this same photo shoot. It’s the black and white one inside the gate-fold album cover, or in the very centre of the CD booklets, labelled (incorrectly as it turns out) “St Pancras Old Church, 22 July 69”. Here’s two other photos from the book: 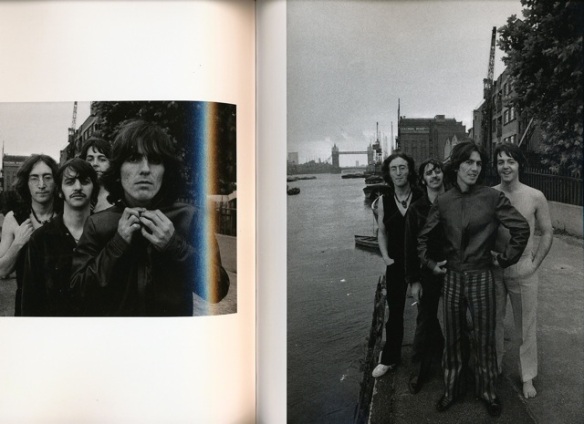 This edition is in a smaller format than what I recall seeing in shops when this book first hit the shelves, but it is a very nice book to have none-the-less. 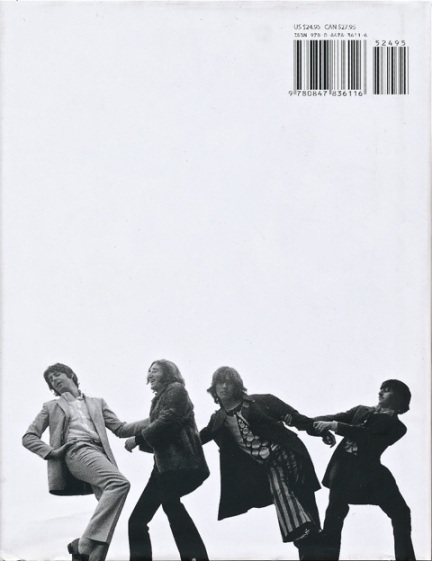 I already had a copy of this next one, but not in the same format. The book I found in the discount shop today is a very small paperback copy. It’s Ringo’s Postcards From the Boys, and for just $4.99 how could I resist another copy?

Postcards is a collection of 51 postcards sent to Ringo from John, Paul and George. Each card (displayed front and rear) is accompanied by brief reminiscences from Ringo:

This book first came out as a hardback in 2004 after originally being released in a very limited and expensive edition by Genesis Publications. This one I found today is at the other end of the scale – a small-format, budget re-issue from 2005:

(If you want to see the absolute deluxe version in minute detail, check out this lengthy  YouTube clip).

Next find was a what looks to be a very interesting study of the Beatle money trail, how they got ripped off, and lost and made fortunes:

Beatles For Sale – How Everything They Touched Turned to Gold is by John Blaney, the author of a number of Beatle-related books (including this one). It was published back in 2008. I have always been interested in the Beatle money matters (especially around the formation and eventual demise of their Apple Corporation) and so this one looks like it will be a very good read. Here’s the rear cover:

Finally, a book about Beatles books.

Beatle Books – From Genesis to Revolution is an extensive compendium detailing all the books written about the band, by the band members, and about them as solo artists too.

There was only one copy of this on the shelf, and it has been pretty beaten up. It looks like its been dropped, or something heavy has been dropped onto it. But it’s a really handy reference book and one I have never seen before. The guy gave me an extra discount because of the damage – so I paid the princely sum of $5.99….

If you’re interested this came out in 2008, is manufactured in Canada, and was published by Collectors Guide Publishing in Ontario. Strange to find one copy floating around a discount bookshop in Sydney, Australia.

2 thoughts on “Four Beatle Books for a Song…”