Flipping through a recent copy of Mojo magazine we noticed this small article: 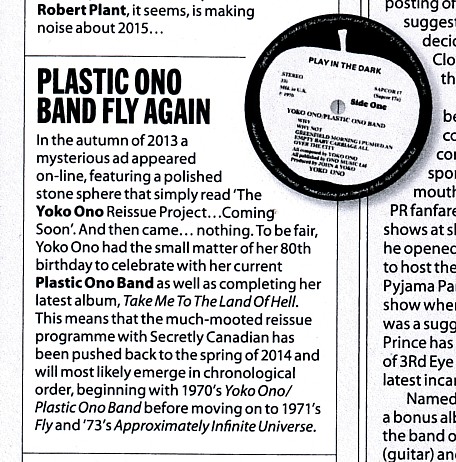 Being interested in anything Beatles and Apple Records related we decided to do a bit more research.

Yoko Ono’s Plastic Ono Band site has this small promo tile (complete with a grapefruit) – but no links when you click on it: 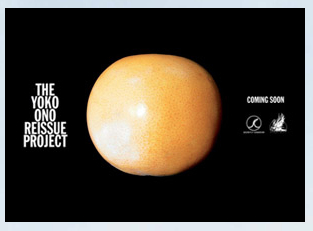 Same for her Imagine Peace site. Again, there’s the same promo tile on the page but no other information or links, although there is a tiny bit more info as the tile at least lists two record company names: 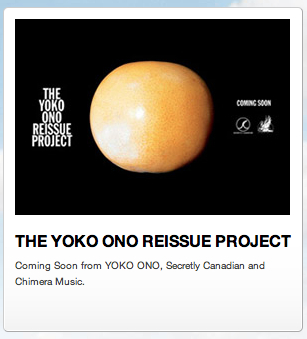 Chimera Music is Ono’s (and son Sean Lennon’s) record label. A search revealed no further information on their site though. Not sure what Secretly Canadian has to do with the releases (it’s an American independent record label based in Bloomington, Indiana) because there’s no reference to Yoko Ono or Plastic Ono Band on their site either….

Of course these titles have been released previously. The details of that 1997 reissue project are in this MTV article:

“….beginning on May 20th, the label (Rykodisc) will present 11 different Yoko Ono and Plastic Ono Band albums, all of which are being remixed and remastered as needed by Ono herself…..The first wave of releases will be unleashed on May 20 with the four titles, Unfinished Music #1: Two Virgins, an album or tape manipulation and random noises reportedly made the night before Ono and John Lennon made love for the first time; its sequel, Unfinished Music #2: Life With the Lions, which deals with Ono’s subsequent miscarriage and also contains a “song” called “Radio Play,” 12 minutes of random radio dial-turning; the collaborative The Wedding Album, whose second song is a 22 minute drone consisting of the couple calling each other’s name and, finally, the first Plastic Ono Band album, Yoko Ono with the Plastic Ono Band.

The next set of four releases (June 10) contains what many considered to be the first post-punk record (ironic, since it pre-dated punk), the noisy, experimental Fly, credited to Yoko Ono and the Plastic Ono Band. Also released on that day are two other Plastic Ono Band Yoko titles, Approximately Infinite Universe and Feeling the Space. Also included will be Ono’s cathartic, personal album, Season of Glass. July 1st will bring the last set of three releases,It’s Alright (I See Rainbows), Star Peace and A Story, a previously unreleased album that was included in the box set. Ono is currently searching for some appropriate bonus tracks for the releases…”

Rykodisc were also involved with this 1992 6-CD set, Onobox: 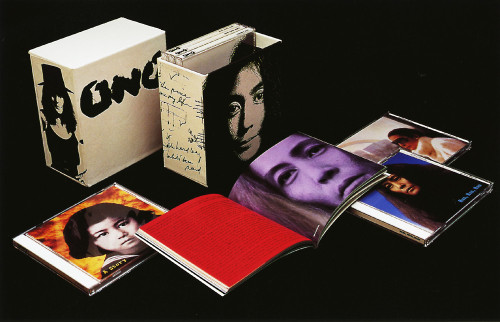 Yoko Ono herself writes about the contents of this box set extensively here. Onobox is a kind of a “best of” compilation, with tracks from across her own (and John Lennon’s) output from 1968 to 1985.

It’ll be interesting to see what the 2014 project brings….

6 thoughts on “Yoko Ono Albums To Be Reissued”