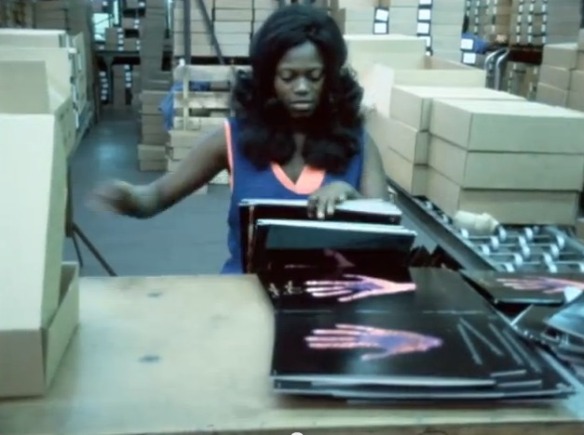 The footage – shot in 1973 on 16mm film – was taken both at the EMI pressing plant in Hayes Middlesex in the UK (the black & white film), and in the USA at Capitol Records (colour film).

It shows the packaging and testing of the original vinyl pressings of George Harrison’s Living in the Material World LP – back when vinyl was king!

The album has been newly remastered for the forthcoming The Years 1968-1975 CD box set – to be released on September 22.