Here at Beatlesblogger we have a few items that we are always on the lookout for. When we first heard about the impending box set reissue of eight John Lennon LPs on 180 gram vinyl – we knew we’d have to eventually get a copy….

This is a deluxe box set of Lennon’s solo albums released between 1970 and 1984. The studio albums are remastered from their original analogue masters and have been newly cut to vinyl from 96k digital files with faithfully replicated original album art.

It’s taken a little while with this one, but we finally got up the courage to visit Sandy’s Records, a great local independent record shop with an impressive range of CDs and LPs, to invest in a copy (it is a very expensive addition to the collection): 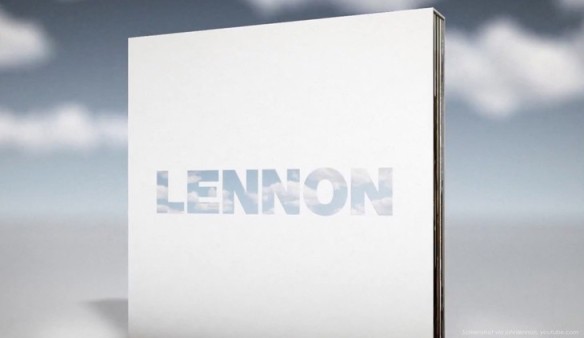 Rather than uploading a swathe of photographs of each LP here, this collector named Jordan has recorded quite a nice unboxing video (unfortunately though he doesn’t show all the actual discs and their authentically reproduced labels):

If you are after more of what is inside this official video promo clip takes comprehensive care of that:

However, the thing that has become really collectable about this box set is that it’s been temporarily withdrawn from sale while Universal Music sort out a BIG mistake with one of the albums in the set. In first pressings Lennon’s Rock’n’Roll LP has a production error. The song “Sweet Little Sixteen” appears twice, and “You Can’t Catch Me” is missing altogether….making it something of an instant collector’s item.

The good news for those who’ve paid out the big $$ for the box is that Universal Music has acknowledged the mistake and set up a website where you can request a replacement copy of that particular album. You’ll need to provide proof of purchase: Claim.LennonVinylBox.com