Quite a few new Beatle or Beatle-related books have just been announced or recently released, and so we thought we’d mention a few worthies. Here’s a round-up:

The Beatles Lyrics by Hunter Davies was released as a hardback book last year. It’s now slated for a paperback release this October:

The book features analysis of the Beatles song catalog and images of the Beatles’ hand-written song lyrics. If that is actually the new cover (above) we reckon it looks cool. For any record collector or Beatle fan it definitely says”Pick me up and look inside”. If you, do we can assure you that you won’t be disappointed. We got the hardback edition last Christmas and have been dipping in and out of it all year.

Here’s one we stumbled across on the web. We haven’t read it yet but there’s a great review on The Daily Beast about a new book called Allen Klein – The Man Who Bailed Out the Beatles, Made the Stones, and Transformed Rock & Roll. Yes, it’s a very long title, but also a fascinating re-think by author Fred Goodman of the impact and influence of one of the music industry’s bad boys of management – the late Allen Klein. Klein was brought in to run the Beatles’ Apple company and very soon became the lightening rod that split the band, with Paul McCartney on one side and John, George and Ringo siding with Klein on the other. This is very much a business book with lots of financial details, but Goodman makes the nuts and bolts really interesting, linking them to the seismic shift in music-industry economics that Klein instigated. This book is out now and there’s a “Look Inside” on Amazon if you are interested to read more: 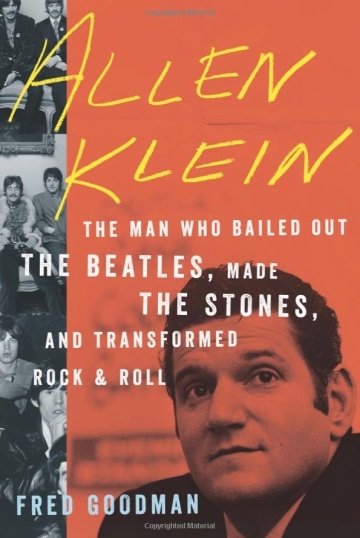 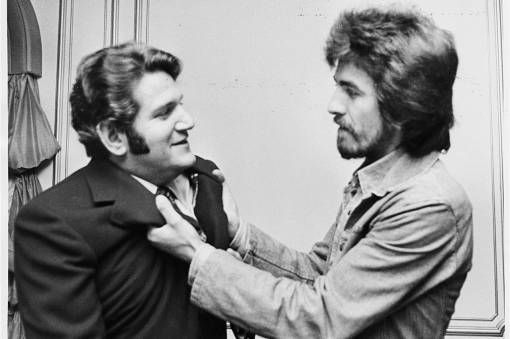 Here’s another that we don’t own and haven’t read yet. We were just walking through a large bookshop the other day and accidentally spotted this one on the shelf:

The inside cover says See Hear Yoko was conceived expressly for Yoko Ono as a gift between friends on the occasion of her eightieth birthday. It’s a visual portrait of her as an artist, activist, wife and mother, from her days with John Lennon through to the present. Legendary rock and roll photographer Bob Gruen was welcomed into the lives of John and Yoko during their years in New York City, when Gruen served as their personal photographer. He continues to document Yoko today. Approached by his friend Jody Denberg, who had logged twenty-five years of interviews with Yoko, Gruen collaborated with him to create an extraordinary birthday gift. Gruen selected more than three hundred classic color and black-and-white photographs—accompanied by text by Denberg—to illuminate the story of Yoko Ono. Again, Amazon has a “Look Inside“. There are some truly great images here.

The Zapple Diaries: The Rise and Fall of the Last Beatles Label. This one should be very interesting. Due for release on September 28 in the UK (but not until March 1, 2016 in the US) this book is written by Beatle insider Barry Miles and, as the publishing blurb says, it’s the first full-length illustrated examination of the Zapple label—an Apple Records off-shoot and Beatle experimental label:

On Zapple the Beatles hoped to release a range of spoken word and avant garde recordings – all part of their “…ambition to be leading members of the counterculture movement”. As it turned out Zapple was short-lived, surviving for just six months or so in 1969, and only had two official releases (Lennon and Ono’s Unfinished Music No.2: Life With the Lions, and George Harrison’s Electronic Sound). Author Barry Miles ran Zapple, so this should be an interesting insight – especially on the closing down of the label by one Allen Klein (see above). The Amazon UK and Amazon US sites both have a bit more info, and you can pre-order the book there too.

Finally, a new children’s picture book from Macmillan that introduces the next generation of fans to the story of John, Paul, George and Ringo. Focusing on the early years, Fab Four Friends: The Boys Who Became the Beatles shows how four boys from Liverpool became the bestselling band in history: 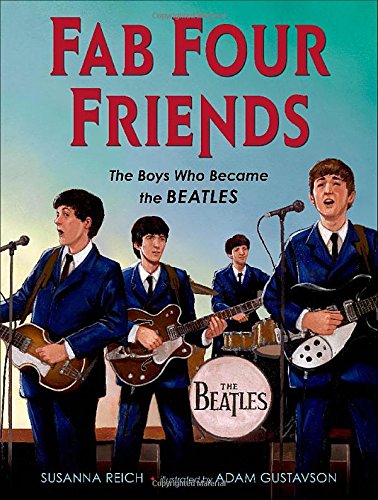 Written by award-winning children’s author Susanna Reich with fantastic illustrations by Adam Gustavson, this book traces the Beatles’ roots through each boy’s childhood and teen years. Evocative language and richly-detailed paintings tell the story of the band from its earliest days as a skiffle group to its explosion onto the world stage. Amazon has a “Look Inside” for more. This is out now. We think you (and your kids!) will love it.