The rumour mill has been humming for weeks, but it’s now official.

There will be yet another version of the Paul McCartney album Egypt Station to collect. The Egypt Station – Explorer’s Edition is to be released on May 17.

After the super-deluxe, suitcase Egypt Station – Traveller’s Edition was announced many fans who just wanted the new music it contained and not all the trinkets (like jigsaw puzzles, playing cards and the like), were hopeful that stand-alone – and way cheaper – CD and LP sets would be made available. Now, that wish has been granted. 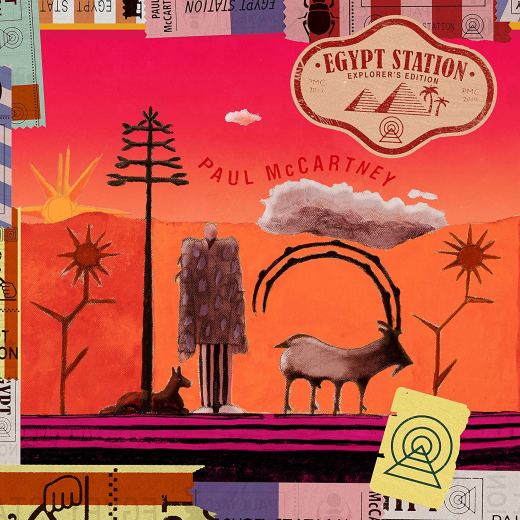 The Explorer’s Edition will come in three forms: as a digital download, as a two CD set and as a triple 180 gram “Limited Edition” black vinyl LP.

There has been speculation that there’d also be a coloured vinyl version, but the official announcement today makes no mention of it.
However, it has popped up as available for pre-order on the Canadian Musicvaultz online music store site – but it’s already listed as sold out – and at the German JPC online store where it is still listed as available: