Perhaps surprisingly, it’s now been a decade since Paul McCartney started his Archive Collection reissue campaign. There have been 12 albums given the Archive treatment so far, and they are about to added to in July with the release of Flaming Pie.

To mark the tenth anniversary, Paul Sinclair at the Super Deluxe Edition site has put together a special 52-page keepsake booklet featuring reviews of all the reissues to date and some additional analysis and features. The booklet is the same size and format as the books that come in the Archive Collection box sets, so it can be easily stored alongside them. 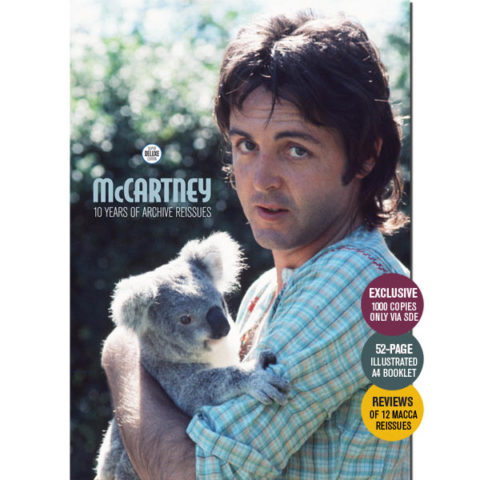 McCartney: 10 Years of Archive Reissues will feature in-depth illustrated reviews of the McCartney reissues via a combination of archive content from the SuperDeluxeEdition.com website (some of it updated), alongside new reviews and fresh insight.

Sinclair has a bit of a track record already with these booklets. You might recall the one he issued for the Flowers In The Dirt Archive Collection releases. If that was anything to go by, this new one will be well worth getting hold of too.

There will be only 1000 numbered copies of McCartney: 10 Years of Archive Reissues produced, and it’s only available via the SDE shop.

If you want to find out a little more on the details you can read about it here.