This commemorative magazine is now finally available from newsagent stores in Australia:

It seems to have different covers for different markets. Here are two variations we’ve found: 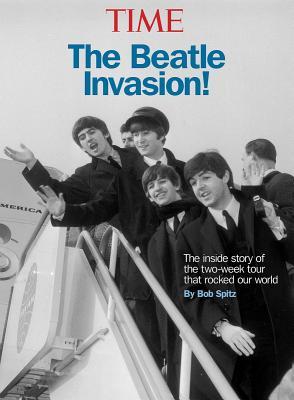 Amongst the many commemorative publications in this 50th anniversary year Steve Marinucci at Beatles Examiner gives Time’s The Beatles Invasion an “A” rating: “This is a great book. Spitz’s text in the 114 pages sticks to the American invasion in 1964 from the arrival to the end of the tour in Miami.”

Marinucci also gives The Smithsonian and Grammy magazine The Beatles in America (which we mentioned here) an “A-“.

If you’d like to see more of The Beatles Invasion Amazon has a limited “Look Inside” feature where you can get a better idea of the contents. Despite the different cover the layout and content inside looks to be exactly the same. It is a great little book with terrific text and photos.