We’ve been slowly plugging away at collecting the HMV Beatles on Compact Disc box sets from 1987. These were issued in limited numbers as part of the celebrations around the Beatle back-catalogue being released on CD for the very first time in Britain.

Just this week these have been joined by the first set release in the series which contained not one, but four CD’s: Please Please Me; With The Beatles; Beatles For Sale; and A Hard Day’s Night. It carries the catalogue number BEACD25: 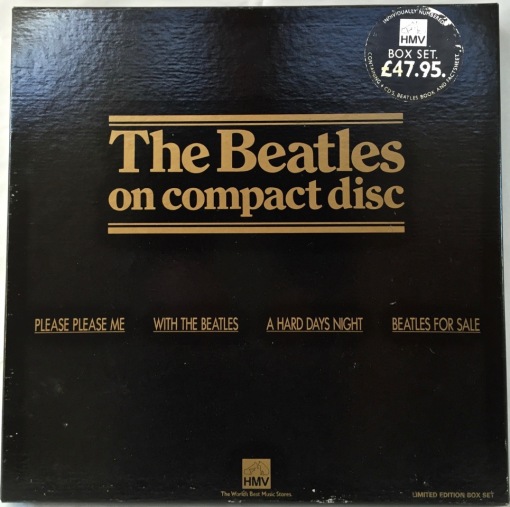 The box lid lifts off to first reveal a “Beatle Fact Sheet”. This is a single 12″ x 12″ sheet of paper, printed on one side only: 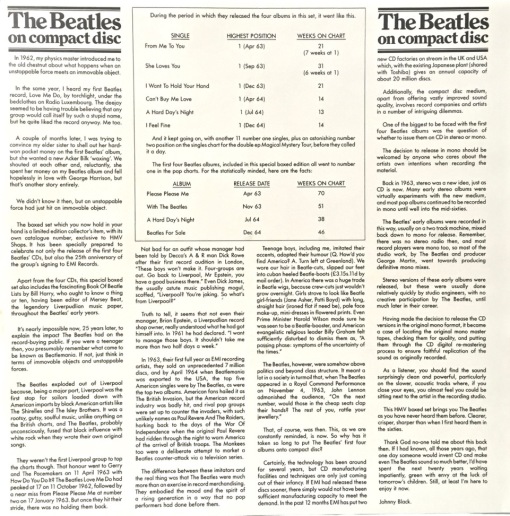 Underneath the “fact sheet” are the four UK CD’s, stored in slots on a black plastic inner tray: 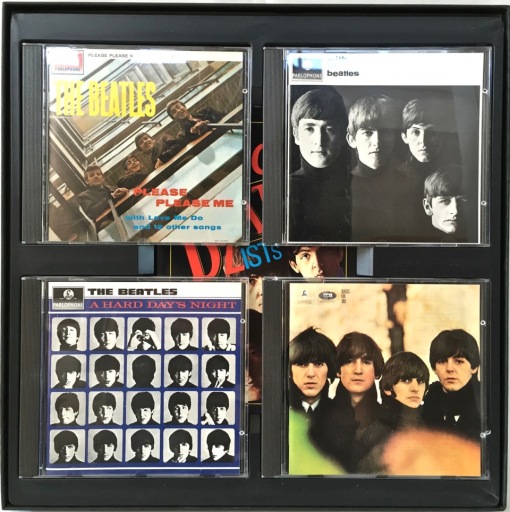 Underneath those four CD’s is a 224-page book, The Book Of Beatle Lists, written by long-time Beatle historian and writer, Bill Harry. The book is stored in its own slot within the plastic tray: 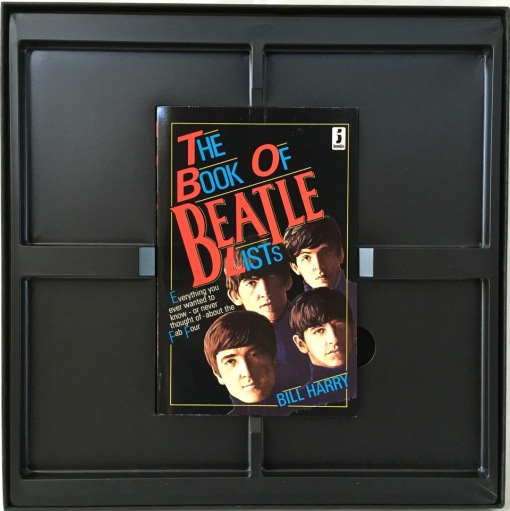 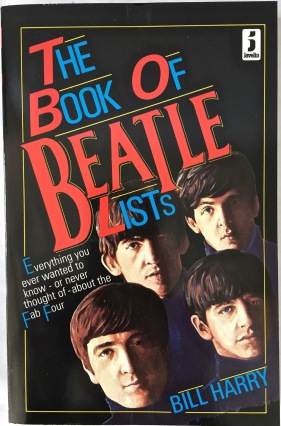 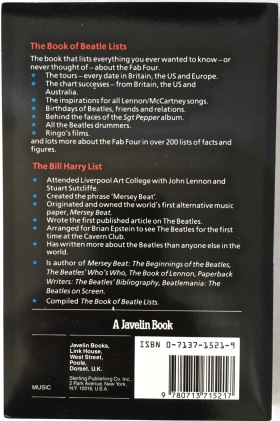 Inside the lid of the HMV box there’s a song list for each CD and a picture of the band: 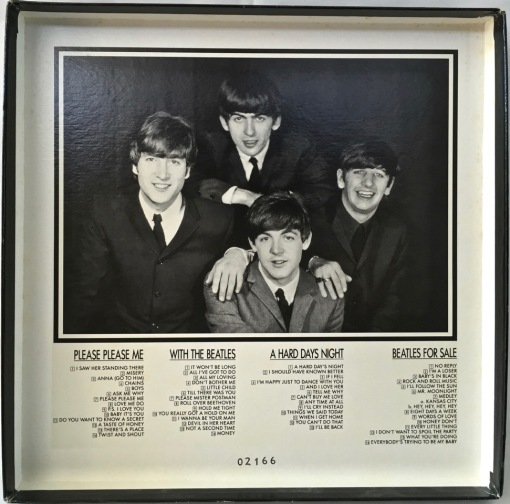 Plus the limited edition number is stamped here: 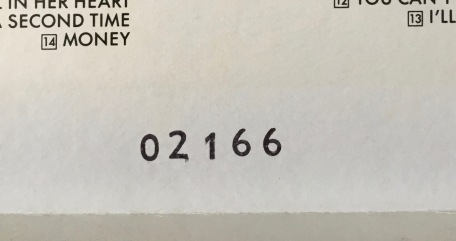