Again, this is not rare or expensive, but quite an unexpected find during a visit to the city of Melbourne in Victoria, Australia. 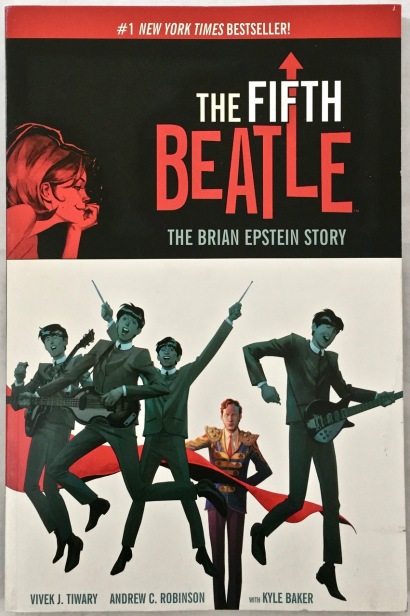 We were visiting and had to go to the ubiquitous IKEA store for a few bits and pieces and called into a large shopping centre complex in the Melbourne suburb of Richmond. It’s always hard to resist the opportunity to stop by local bookshops too, and when we spied one in this complex (it was part of the Dymocks national chain) we ducked inside and headed straight to the “Music” section.

Now, The Fifth Beatle isn’t exactly a common book, especially in the wilds of Richmond, and even more so to be stocked by a large national chain of bookstores. You’d be more likely find something like this (maybe) in an independent or specialty store – but there it was on the shelf. 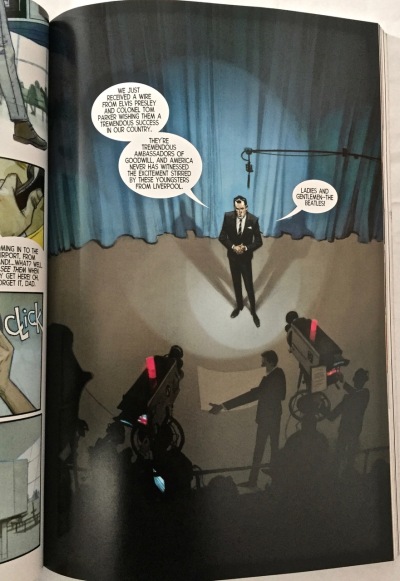 As you can see above, this is a very clever telling of the story of the rise of The Beatles, under the direction and tutelage of their clever, ambitious, talented and visionary manager, Brian Epstein. The Fifth Beatle reveals a man who took his charges to the very top of the world and attained what could be regarded as the ultimate in success, but who died painfully young – and tragically alone. 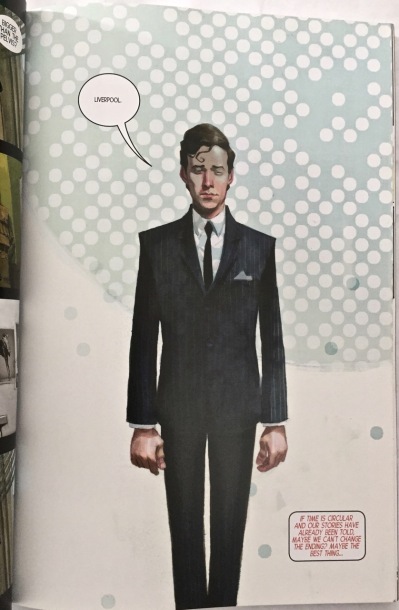 Written in 2013 and originally published in that same year, there have been a number of iterations of the book in the ensuing years. This is the 2016 softcover edition with an expanded sketchbook detailing the development of the project and a Beatles memorabilia section at the rear.

This site has a “Look Inside” feature if you’d like to see more of the story and the sophisticated, often elegant artwork. The official site also has a preview function available.

The Fifth Beatle has been in (and back out) of production for the big screen on more than one occasion. The latest news is that a deal has been cut with Bravo for a TV series based on the book. Let’s wait and see what happens. 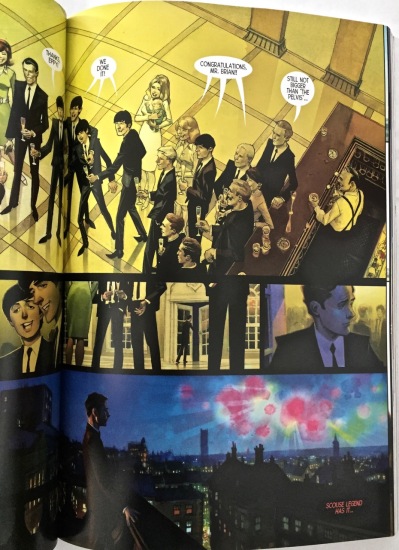 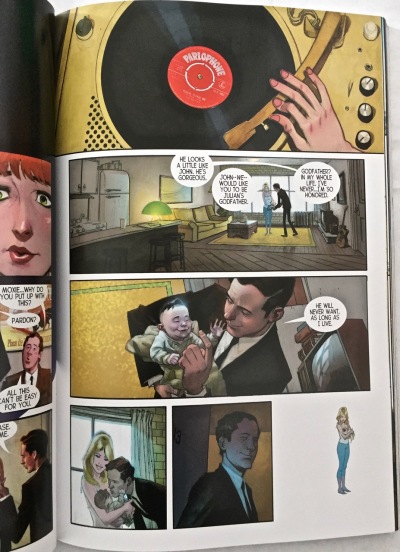 This is a book we’d been keen on owning for some time and if you don’t have a copy it is well worth seeking out. It’s great to have it as part of the collection. 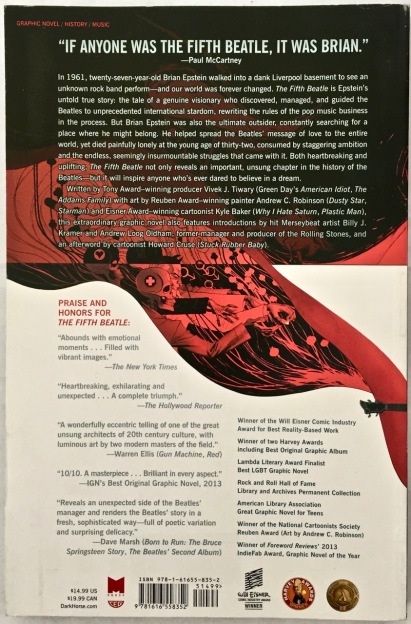