Long speculated upon, now officially announced. Apple Records will be releasing a new Beatles box set of 23 UK 7-inch vinyl singles titles, each with unique cover art from around the world faithfully reproduced – right down to the record labels used in the particular country.

The set includes all 22 singles issued in the UK between 1962 and 1970, plus a single that is unique to this set – a double A-side of the songs ‘Free As A Bird’ and ‘Real Love’. All the singles have been remastered from the original mono and stereo tapes at EMI’s Abbey Road studios and will be pressed on “180-gram vinyl”. Don’t they mean just heavyweight vinyl? A 180-gram vinyl 45 is gonna be kind of thick…..

The box will include a 40-page illustrated booklet with an essay by respected Beatle historian Kevin Howlett.

You can read the full press release from Apple/Universal Music, which includes a full track listing and details the country from which each cover comes from. Glad to see that Australia will be represented by the double A-side ‘Strawberry Fields Forever’/’Penny Lane’! The picture cover for this was used in a number of markets, but the labels are unique: 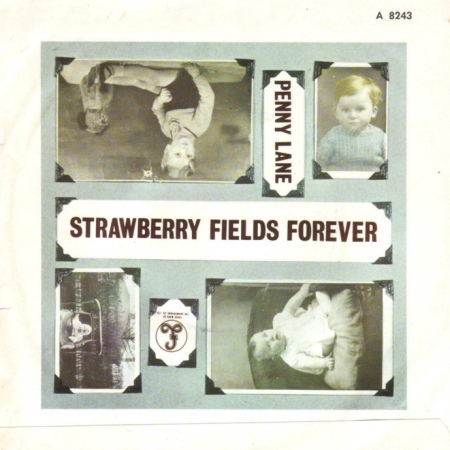 The Beatles: The Singles Collection will be released on Novemver 22nd.

3 thoughts on “The Beatles: The Singles Collection”