The Gretsch guitar site has been running an interesting teaser video for a couple of weeks now….The advertising spiel goes something like this:

“Gretsch is pleased to announce the GEORGE HARRISON product “teaser” that will grace their homepage website beginning at midnight, December 9, 2010. By clicking on the “watch video” icon, George will narrate a brief story about his “ole black Gretsch”. There’s no doubt it will cause a major stir in the global marketplace. Want to know more about this project? Please keep checking back on the website as it will be updated over time…”

Seems like there’s to be a new line of reproduction George Harrison “Duo Jet” model guitars – which was his very first decent axe, purchased second-hand back in 1961.

You can read more about this guitar here. According to this site the “friend” to whom George gave the Gretsch (and who subsequently gave it back to him years later) was none other than Klaus Voormann.

Another great source I have is a really interesting book by Andy Babiuk called “Beatles Gear – All The Fab Four’s Instruments, From Stage to Studio“, which came out in 2001. 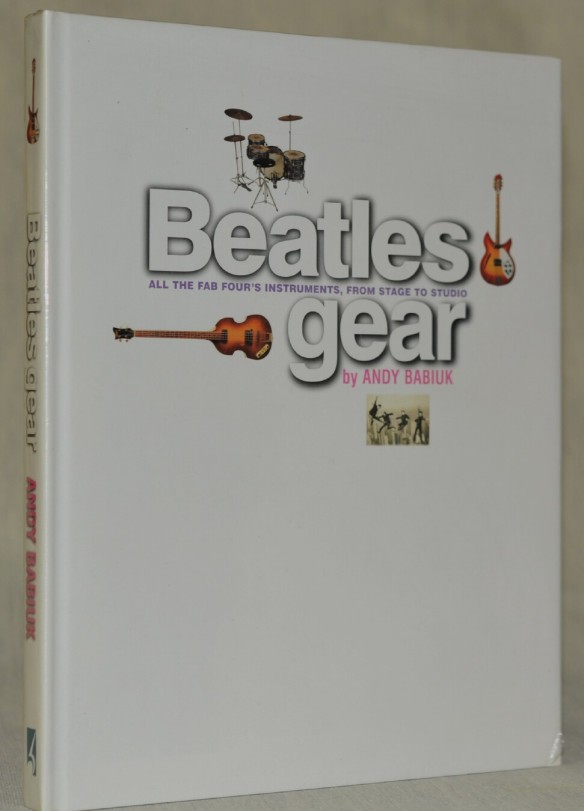 This book goes into a lot more detail about Harrison and his guitars. After 1961 he went on to purchase other Gretsch models notably the “Chet Atkins Country Gentleman” – George owned two, and the “Chet Atkins Tessessean“.  His profile helped greatly in continuing the brand’s fame in the 1960’s.

Here are some shots of George with that first, now legendary “Duo Jet” guitar: 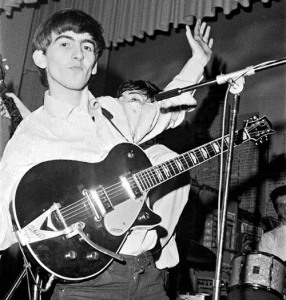 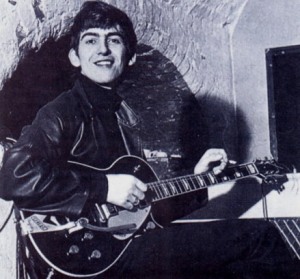 And probably most notably it makes an appearance on the cover of his 1987 solo album “Cloud Nine”: 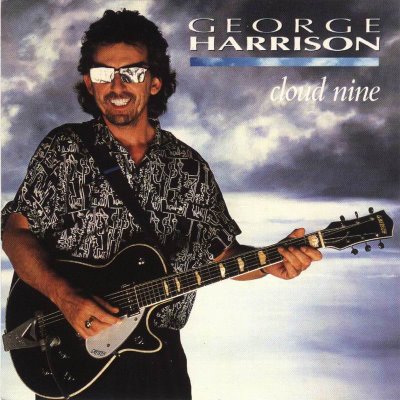 The Ole Black Gretsch is featured with Harrison in all the  photos used in the “Cloud Nine”  CD booklet too. I guess we know now that we have Klaus Voormann to thank for re-uniting the pair.

How famous is the Gretsch “Duo Jet”? It even turned up as one of the instrument choices for buyers of The Beatles “Rockband” console game: 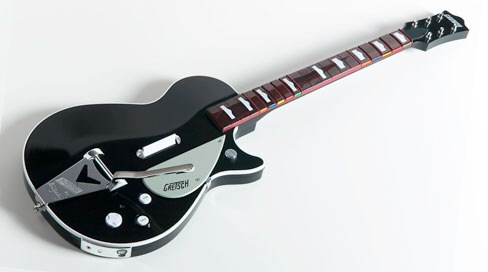 How many kids playing “Rockband” today would know they’re “strumming” away on a stylised version of a 1957 model guitar that a young George Harrison purchased in 1961 second-hand from a Liverpool sailor?