In anticipation – this coming week – of the 50th anniversary the Beatles first set foot in Australia, the local press has begun publishing a number of articles today.

The Sydney Morning Herald is carrying two pieces – this one about the fans:

And this feature piece (which also appears in the Melbourne Age newspaper) about the continuing influence of the Beatles on some of the leading Australian musicians of today: 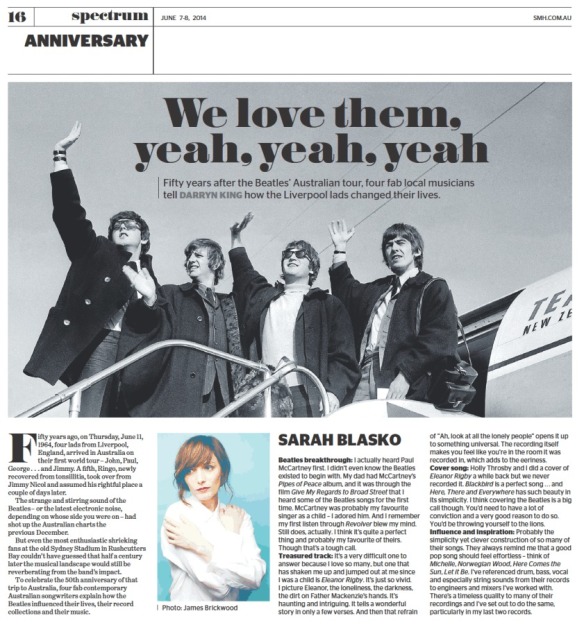 Meanwhile, The Australian newspaper has a comprehensive review of the ABC TV special which goes to air at 8.30pm (Australian Eastern Time) next Tuesday, June 10: 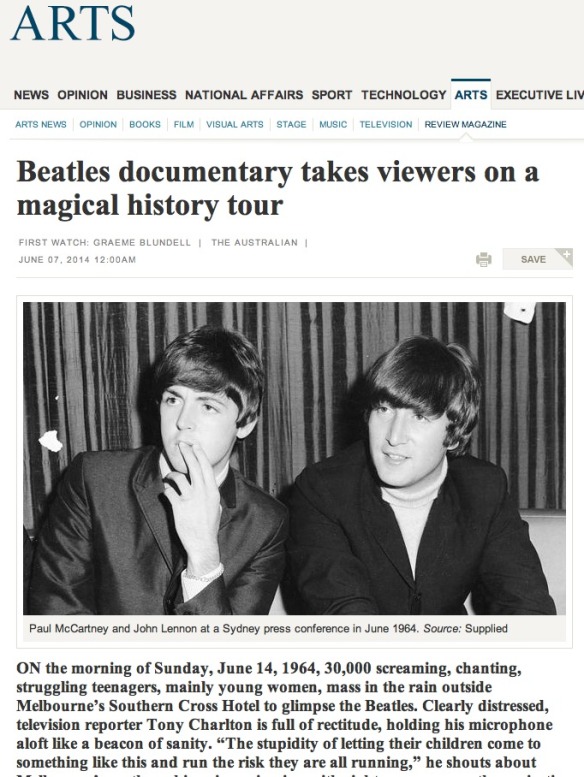