A complete set of signed outtake photographs, including the final cover shots for the Beatles Abbey Road album, is coming up for auction in November. 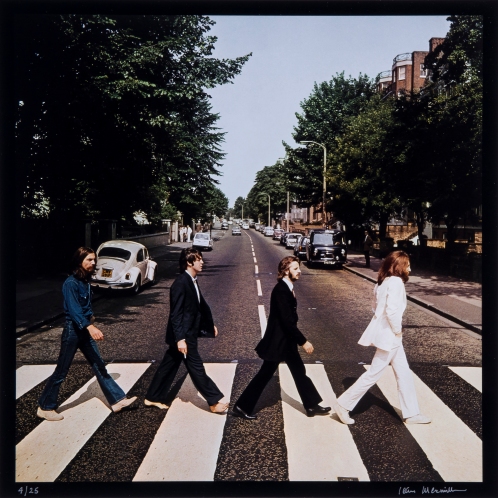 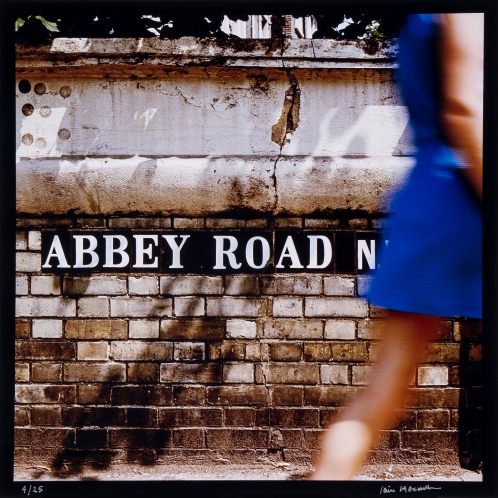 The press release from Dreweatts and Bloomsbury Auctions says:

The set of six photographs commissioned from Scottish photographer Iain Macmillan (1938-2006) as possible designs for the album’s front cover – together with the Abbey Road street sign used on the back cover – is of legendary rarity on the art market.

This is believed to be the first time that a complete suite of the signed and numbered photographs has ever been offered at public auction. [Hmmm. Maybe not. See WogBlog’s thoughts on this claim…..Ed.) The collection will be on view to the public in central London from Sunday 16th November, before going under the hammer on Friday 21st November where they are estimated to achieve £50,000 – 70,000.

On 8th August, 1969 Macmillan, a close friend of John Lennon and Yoko Ono, climbed a ladder in the middle of Abbey Road and in the next ten minutes took six photographs of the Fab Four walking back and forth across a zebra crossing. The fifth of his six shots, selected by Paul McCartney, would become the album cover for the Beatles’ last-recorded album and one of pop music’s most famous and recreated images.

In 1989 Iain Macmillan was quoted saying; “That photo’s been called an icon of the 60s. I suppose it is. I think the reason it became so popular is its simplicity. It’s a very simple, stylised shot. Also it’s a shot people can relate to. It’s a place where people can still walk.”

With his Hasselblad camera storing the six images, Macmillian set off to photograph a road sign to use as the back cover. To Macmillan’s annoyance, whilst he was photographing the sign on the corner with Alexandra Road, a girl in a blue dress walked through the shot, however it was this image that was later chosen as the back cover.

Sarah Wheeler, Head of Photography at Bloomsbury Auctions [pictured below] said; “To see the full collection of photographs together is a rare and fascinating opportunity for fans of the Beatles, Music and Photography. We are delighted to be offering them at auction and anticipate worldwide interest for this famous and timeless suite.” 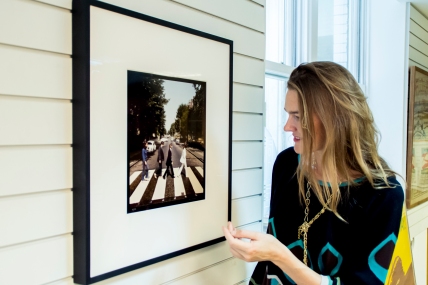 The Photographs & Photobooks sale will be held at Dreweatts & Bloomsbury Auctions saleroom in London’s Mayfair on Friday, November 21. The full catalogue will be available to view and download soon at www.bloomsburyauctions.com

If you are going to bid you’ll need to have very, very deep pockets. As WogBlog has also reported, an original single photograph from the same set sold at Bloomsbury Auctions in 2012 for £16,000!

Here are the remaining outtakes from that historic shoot: 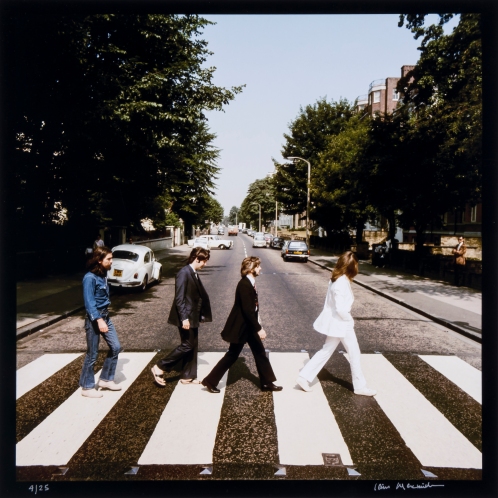