From the New York Times, the day after the famous Shea Stadium concert by the Beatles…. 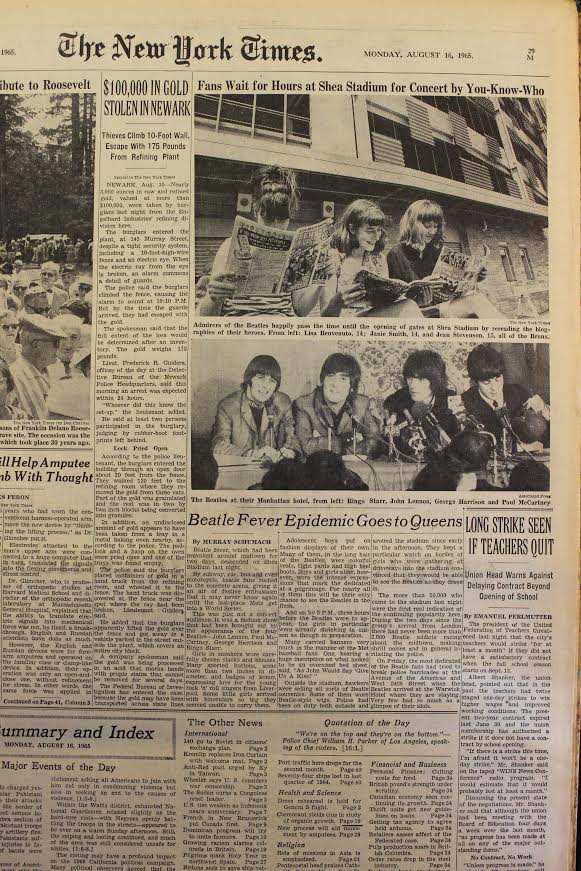 Love the line: “During the two days since the group’s arrival from London there have never been more that 2,000 Beatle addicts racing about the midtown, making shrill noises and in general irritating the police.” Only 2,000 fans on the streets of NYC for two days: 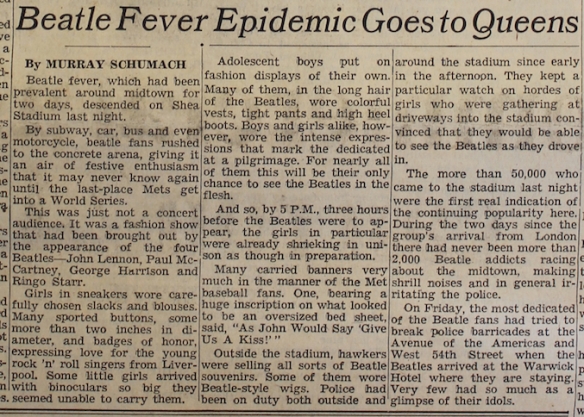 Thanks for Andrey in Russia for the scan.

1 thought on “The Day After Shea Stadium – A Concert by You-Know-Who….”