How cool would it be to have some official Beatle LEGO?

You can go online now and purchase un-official kits, but so far the LEGO company hasn’t made any formally available. That’s not for the want of trying. Some fans are determined and have applied through LEGO’s “Ideas” page process.

The “Ideas” page invites submissions and then there’s a voting process. If you can get 10,000 votes your idea is then properly considered by LEGO as to whether it could/should go into production.

We’ve been contacted by Beatle and LEGO fan JoeMT who writes:

“I am an avid LEGO builder and mutual Beatles fan. I am on a site called LEGO Ideas where you can post an idea for a LEGO set. If the project receives 10,000 votes, it has a chance at being produced by LEGO. I need as many people as possible to vote for The Beatles Cavern Club. Thanks! Joe”

Joe’s idea is for an early Beatles scene at the Cavern Club: 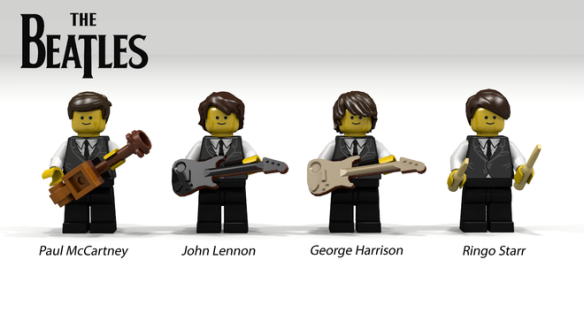 If you like Joe’s idea then why not vote, or share the link and help him along?

There’s one other Beatle design on the “Ideas” page that’s already garnered the required 10,000 votes and is now well on its way to further consideration – a Beatles LEGO Yellow Submarine:

I think I’d buy both these ideas!