Browsing my local “Vinnies” (St. Vincent de Paul Society) op shop recently turned up a couple of nice Beatle books. Both are very interesting, and both are in excellent condition.

The first is a large and heavy hard back edition of Barry Miles’ The Beatles Diary – An Intimate Day by Day History: 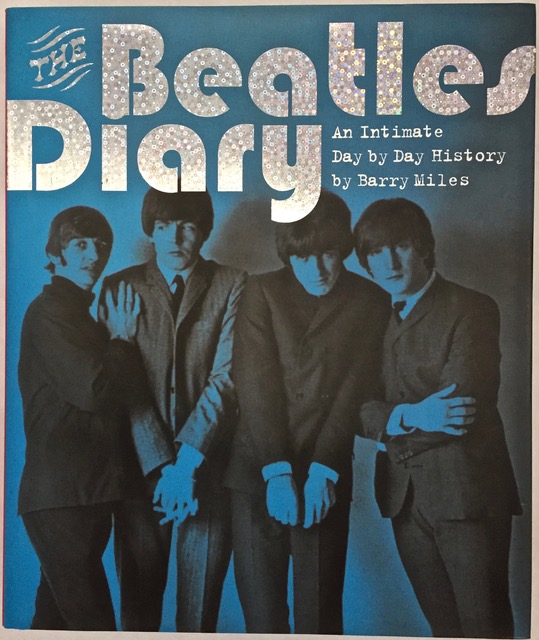 This particular edition dates back to 1998 and is published by Omnibus Press. It has appeared in numerous other forms and has been reprinted many times. It is still available on Amazon.

Barry Miles goes back a long way with the Beatles having first met them in 1965. They became involved in a number of his artistic and literary pursuits (the Indica Gallery and The International Times are just two examples), and he eventually ended up working for them as label manager for their experimental Zapple Records (see one of his other books: The Zapple Diaries: The Rise and Fall of the Last Beatles Label for a complete history of what happened there).

Miles is also author of the 1997 authorised Paul McCartney biography Paul McCartney: Many Years From Now, so he’s something of an insider.

In this book, an extensive day-by-day account of the group, he begins his story in wartime Liverpool and ends it in the dying days of the 1960s. The Beatles Diary – An Intimate Day by Day History is chock full of interesting information, facts and photographs – all coming together to form a revealing personal history of the Beatles. I mention the photographs specifically because this book is lavishly illustrated: 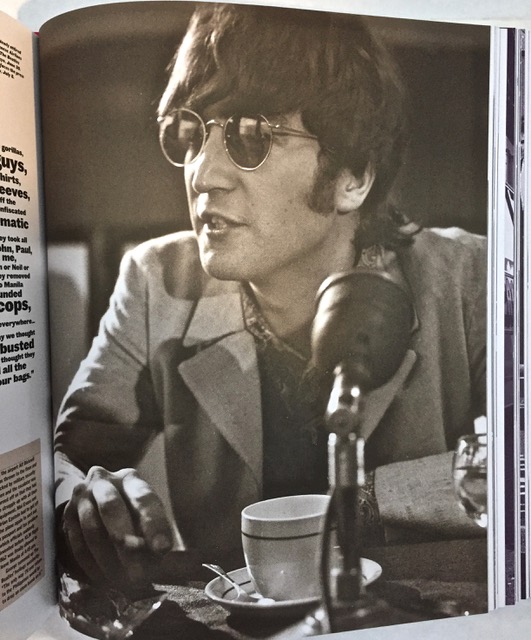 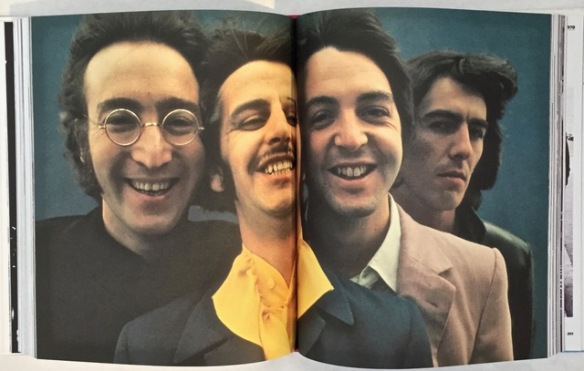 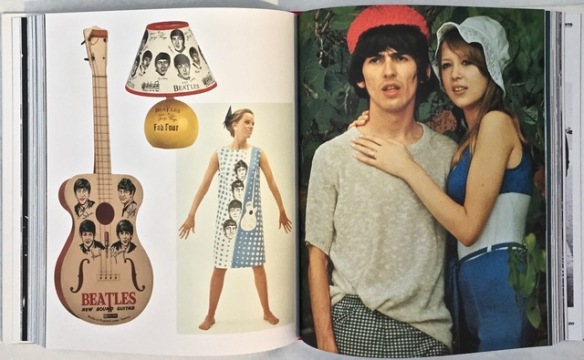 Here’s and example of a typical text page:

And here’s the rear cover:

The second book we found on the Vinnies shelves was an equally thick and heavy hard back called The Beatles – 10 Years That Shook the World:

As you can see by the logo top right on the cover, this was published (in 2004) in association with Mojo, the highly respected music magazine people. At first blush the book looks like a compendium of a wide range of articles taken directly from the magazine and simply re-printed in the one place. That in itself would be a fantastic repository of writing on the Beatles, and it is true to a point – but there’s much more to this book as well.

It has a Foreword by Brian Wilson, and appears to have a wide range of specially commissioned additional articles and reviews from the likes of Bill Harry, Keith Badman, Mark Lewisohn, Ian MacDonald, David Fricke and Hunter Davies, to name just a few. Alongside these is a running chronological diary of key events, breakout boxes with a fascinating variety of additional information and facts, and (again) a wide variety of great pictures, labels, record covers, and memorabilia: 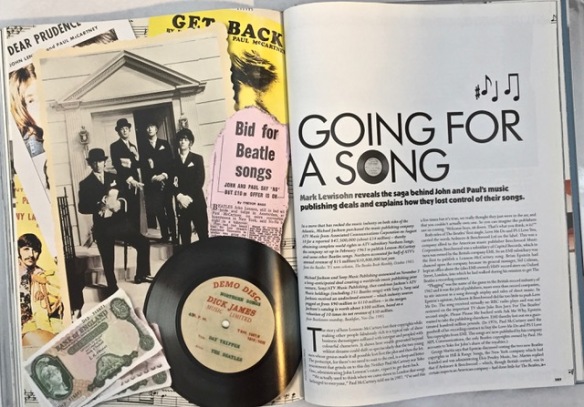 The Beatles: 10 Years That Shook The World is published by Dorling Kindersley and Mojo. For an Amazon “Look Inside” click here. In short, this is an astonishing resource and very welcome in the beatlesblogger.com library.

2 thoughts on “A Couple of Op Shop Beatle Books”