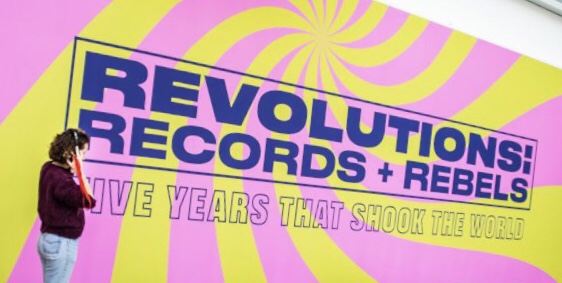 Got the chance on the weekend to visit Melbourne Museum and the second-to-last day of a significant exhibition (mounted in conjunction with The Victoria and Albert Museum in London) called Revolutions: Records + Rebels – Five Years That Shook the World. 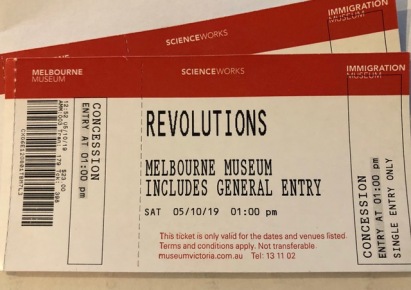 This extensive collection explores five explosive years between 1966–1970, focussing on the immense cultural shifts being experienced around the world by a liberated, post-war generation coming of age. It’s the 60s we’ve heard about brought to life with a massive amount of memorabilia, fashion, books, art, posters and music.

And of course, The Beatles are scattered liberally throughout.

The project highlights many of the key subject areas that shaped the late 60s: revolution, fashion, drugs, sub-cultures, human rights, feminism, war, protests, consumerism, festivals… all the while set against an awesome rock & roll soundtrack of the time.

On display are some iconic Beatle items, including original posters advertising their albums: 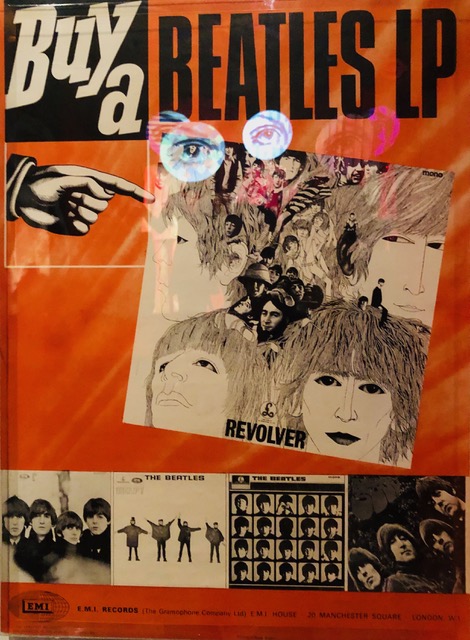 Beside this poster for the album Revolver (above – eye reflections are in the glass) is another one called ‘A is For Apple’, designed by the Dutch artists The Fool whose psychedelic and colourful work was highly influential on The Beatles. This poster promoted the band’s short-lived Apple Boutique on Baker Street in London:

And the brocade frock coat he wore while filming the historic 1967 Our World broadcast of the Beatles song ‘All You Need Is Love’: 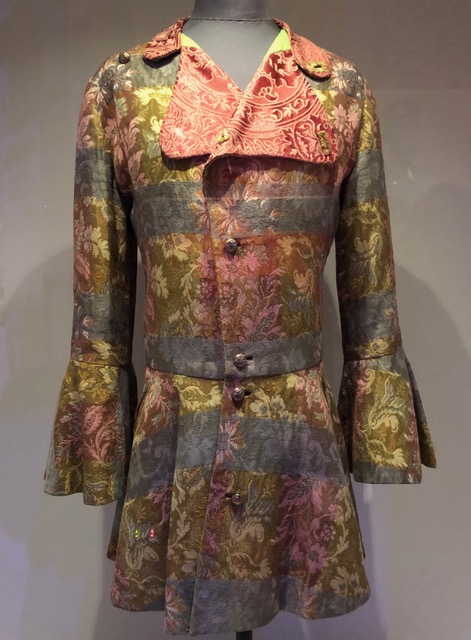 There were also two original, hand-lettered Hair Peace and Bed Peace signs from 1969 and the ‘Bed-In For Peace’ events held by John Lennon and his newly-married bride Yoko Ono. The one in the Queen Elizabeth Hotel in Montreal, Canada was where they recorded ‘Give Peace a Chance’ with Timothy Leary, Allen Ginsberg and others. These two come from the collection of Yoko Ono:

Another item from her collection is this notepad sheet from the The New York Hilton containing hand-written lyrics to Lennon’s ‘Imagine’:

And just across from it, the jacket that John wore when filming the song at the white piano in the couple’s lounge room in their Tittenhurst Park estate:

All images from Revolutions: Records + Rebels – Five Years that Shook the World. The exhibition at the Melbourne Musum in Victoria, Australia was extended by popular demand from its original closing date of Sunday, August 25 to Sunday, October 6.