We scored an unusual example of George Harrison’s 1970 solo triple LP All Things Must Pass the other day.

It’s an original, early pressing from New Zealand, and a couple of things set it apart.

Firstly the box. It has the familiar photograph of George and his gnomes in the garden of his home at Friar Park on the front, but the hinged box itself is not black, but a lovely deep blue colour which I hope you cane pick up in the images below: 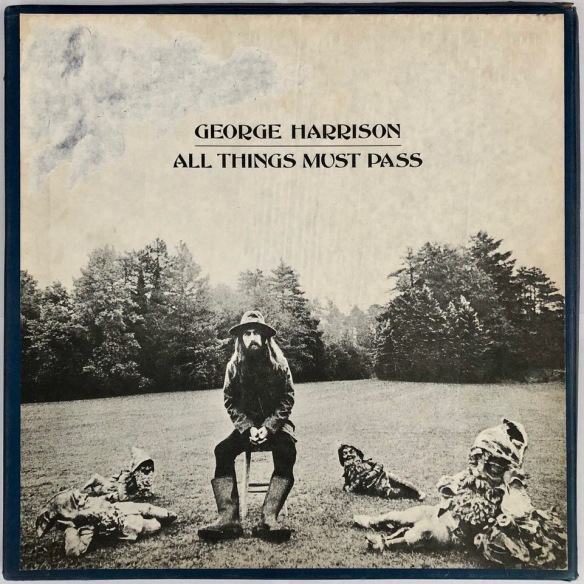 As you can probably see, the front cover photo isn’t in great shape, having had something removed from the top left-hand corner, but otherwise the box itself is in reasonable condition. This box set is quite rare as only the first run of this album was shipped with the box made in New Zealand. After these ran out HMV NZ imported the Australian triple gatefold version of the sleeve.

Here’s the inside of the lid listing song titles and credits:

The three LPs inside come in the familiar inner lyric sleeves. However, these too are different in colour to other international versions: 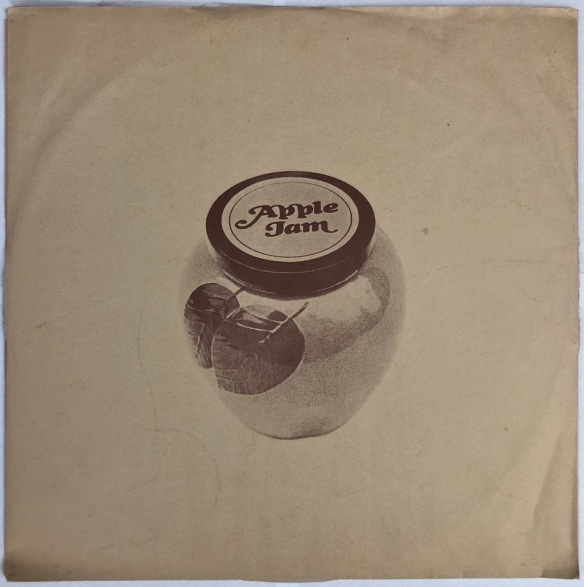 And the orange Apple labels are also unique, done in that slightly washed-out colour tone common to New Zealand pressings:

These Apple labels don’t have the “cut” Apple on the flip side, while the third Apple Jam label is particularly nice:

Here are two close-ups of the New Zealand manufacturing credits:

And finally the box spine, with the gold lettering – this time on a deep blue background:

(As usual, click on the images to see larger versions)

We also have an unusual Singaporean copy of All Things Must Pass that’s worth a look.