Well, it seems that all good things (eventually) come to those who wait.

You know what it’s like in this Beatle collecting business. You have titles and versions on your list you’re on the lookout for and they just never seem to appear during any of your travels, or in searches online….

That’s what happened here. Way back in 2010 we had a holiday in Vietnam and found a few interesting Beatle items along the way. Amongst them, in a Hanoi CD store, was a series called The Beatles Double Golden Collection. This is a series where two, separate Beatle albums have been issued in one double CD box, each with an outer cardboard slipcase. You can read more about what these look like here.

The sets on display in the store were Magical Mystery Tour/Yellow Submarine; Please Please Me/Sgt. Pepper; Revolver/WIth The Beatles; Help!/Rubber Soul; Abbey Road/Let It Be; and Hard Day’s Night/Beatles For Sale. I know, odd pairings.

These all seem to have been pressed around 2009, the same time as the then-new Beatles Remastered CD reissues because each disc in these sets also had mini-documentaries included.

One album from the canon has been obvoius by its absence. Missing from the shelves in Hanoi was the legendary The Beatles (or The White Album). It just wasn’t in the store when we were there. So, every now and then since 2010 we’d have a quiet look at eBay to see if anything like The Beatles Double Golden Collection popped up in searches. It never has….

After nine long years this has finally been added to the collection: 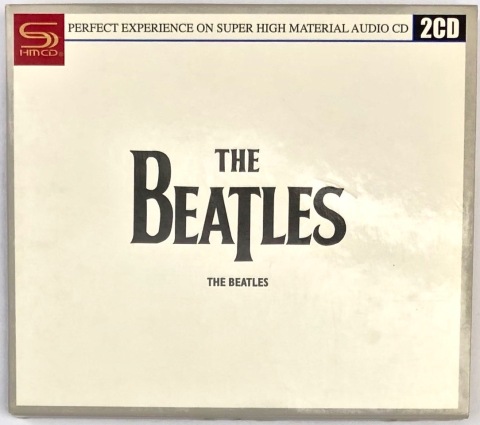 That’s the front cover of the outer cardboard slipcase. It’s not an exact match (it doesn’t say Beatles Double Golden Collection, for example), but this is clearly from the same company that produced the other CDs as just about every other detail is identical. Here’s the rear of the slipcase: 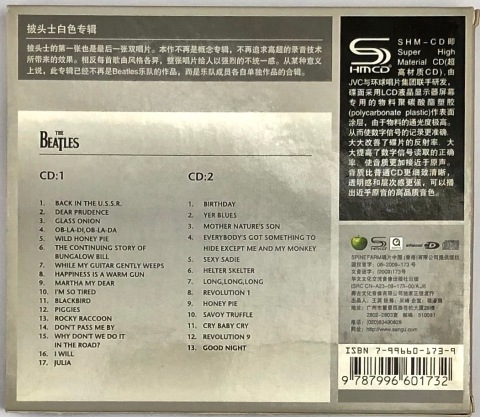 Inside is a larger than usual plastic CD jewel case. Not sure why, but it is bigger: 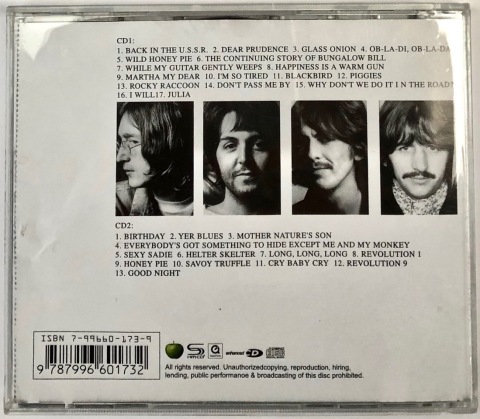 This jewel case holds two discs, one each side of one of those flip-over trays: 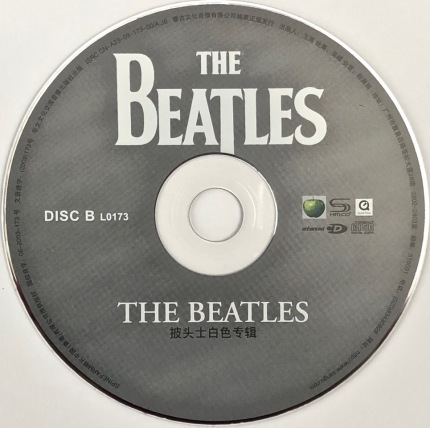 And inside is a booklet that contains no real text (except for photo location details), just lots of images of The Beatles, most but not all of them time relevant to the the recording dates of the The White Album! 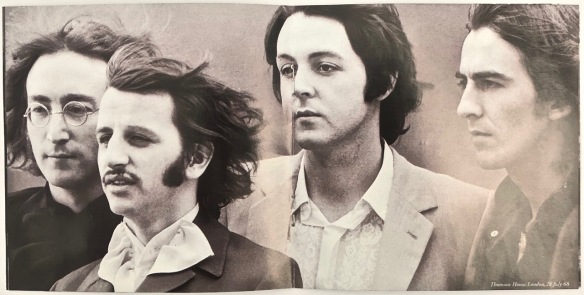 The rear cover of the booklet is from the Let It Be sessions: 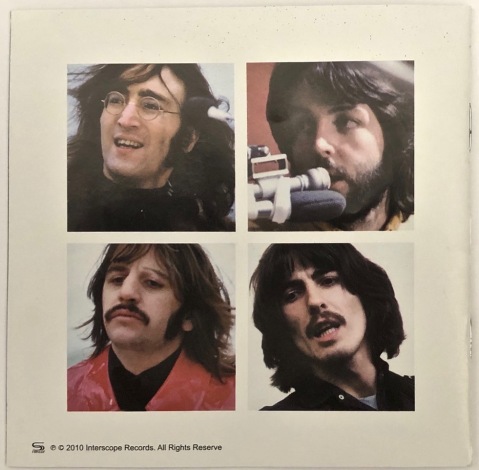 So, not sure what the moral of this story is. Patience pays off? Finally, after nearly a decade, the basic set of Beatle albums in this sereis is complete. Also, after a lot of research on these, we’re pretty sure they are not official.