With a press release and first photos issued earlier this week giving details of a new book about the making of John Lennon’s 1971 LP Imagine – plus a social media marketing blitz for the book getting under way yesterday (coordinated Tweets from @yokoono; @johnlennon; and the publishers @thamesandhudson and @GrandCentralPub, not to mention Facebook) – the rumour mill is ripe with talk that the book will also be accompanied by a significant re-issue of the recording.

The book, which looks to be an impressive 320 page hardback, is due in store on October 9th: 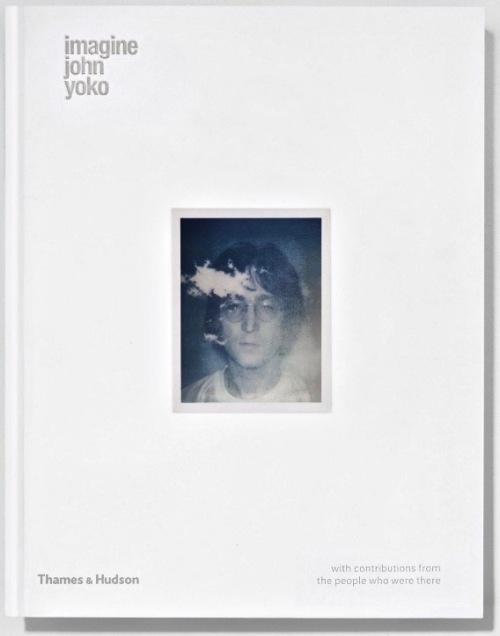 From the press release: “Imagine tells the story of John & Yoko’s life, work and relationship during this intensely creative period. It transports readers to home and working environments through artfully compiled narrative film stills, Yoko’s closely guarded archive photos and artefacts, and stitched-together panoramas taken from outtake film footage that recreate the interiors in evocative detail. Each chapter and song is introduced with text by John & Yoko compiled from published and unpublished sources and complemented by comments from Yoko today. Fresh insights are provided by musicians, engineers and staff who took part, many of whom feature on the inner sleeve’s enigmatic picture wheel, in which the identities are finally revealed. All the minutiae is examined: the locations, the key players, the music and lyrics, the production techniques and the artworks – including the creative process behind the double exposure Polaroids used on the album cover.” 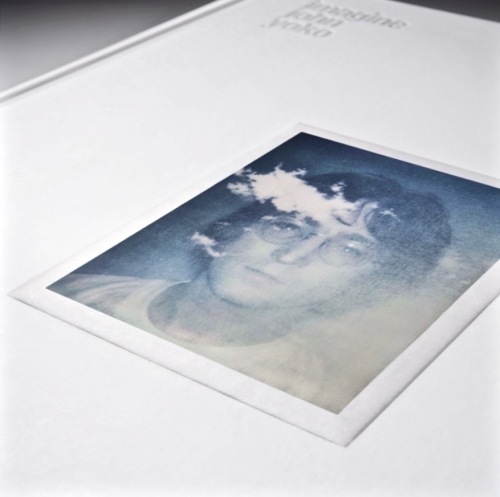 Even the page edges have been given a special cloud treatment:

Imagine will be published in the USA by Grand Central Publishing, and the UK by Thames and Hudson.

Have to say – the book looks impressive and will no doubt conatin some real treasures, both in information and photographs….

So, what about a re-mixed Imagine CD, vinyl, or deluxe box set to accompany it?

Some weeks back The Beatles Daily blog had this, quoting former Beatle aide and insider Tony Bramwell that a “song and dance” version of the album was in the works, while on the popular Steve Hoffman Music Forums they are talking about a new remix, possible DVD and Blu-Ray, and maybe a box set to be bundled with the book…..

So far it is all speculation. If there’s something in the works expect an offical announcement soon I guess.

One thing is certain: Yoko Ono will be credited for the first time officially as co-writer of the song ‘Imagine’. This is because when “Imagine” received the National Music Publishers Association’s inaugural Centennial Song Award last year, the organisation took on board John Lennon’s statement from 1980 that it really was a co-write – and bestowed the honour upon her at the ceremony. Yoko (and son Sean) were at the awards to receive it and you can watch what happened here:

Again, from the official press release about the forthcoming book: “In 1971, John Lennon and Yoko Ono conceived and recorded the critically acclaimed album Imagine at their Georgian country home, Tittenhurst Park, in Berkshire, England, and in the state-of-the-art studio they built in the grounds and at the Record Plant in New York. The lyrics of its title track were inspired by Yoko Ono’s ‘event scores’ in her 1964 book Grapefruit, and she was officially co-credited as writer in June 2017.”

If there is to be a major re-issue later this year (and it’s looking very likely that there will), it’ll become the very first release to carry that new co-writer song credit for the song ‘Imagine”.