You might be wondering why I’ve just purchased a 40 year-old vinyl copy of the 2LP set “Fly” by Yoko Ono….

I’ve pretty much always liked the Beatles, and have had a variety of their records in my collection for over 40 years now. What really got me started on collecting seriously though (and this is about fifteen years ago now) was a fascination with their Apple Records label and an attempt to learn all I could about company and to get vinyl copies of all the artists they signed to that label over the years it was active and under the band’s direct influence.

That has meant hunting down discs as diverse as British modern classical composer John Tavener (“The Whale” and “Celtic Requiem”); The Modern Jazz Quartet (“Space” and “Under the Jasmine Tree”); Billy Preston (“Encouraging Words” and “That’s the Way God Planned It”), as well as the soundtracks of obscure films like “Cometogether” and “El Topo“.

The hunt is still continuing and as Yoko Ono was on Apple Records her work has been part of the process for me. But until now I didn’t have a copy of her 1971 double LP Apple release called “Fly”. 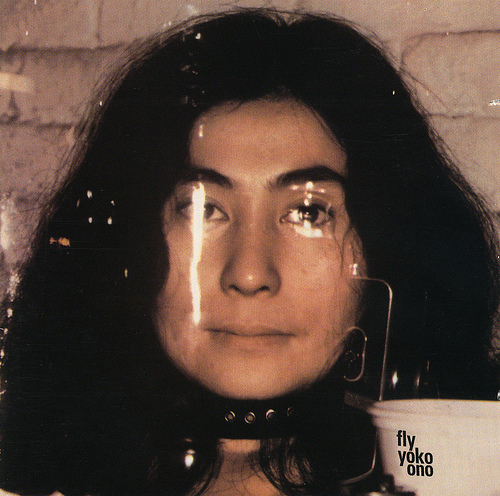 I’ve been able to get a still-sealed US copy. This LP comes packaged in a gatefold sleeve. It has custom Apple labels and printed black and white inner sleeves which have the lyrics and credits on them. There’s also a 23″ square black and white poster (a photograph of Ono), and an art-piece, a double-sided black and white postcard with a die-cut hole in it and the the instruction “A Hole To See The Sky Through”. The other side of the postcard advertises Yoko Ono’s book “Grapefruit”:

The album was recorded at Ascot Sound Studios and Record Plant, N.Y.C. and produced by John Lennon and Yoko Ono.

On the cover, the album is credited to only Yoko Ono, however on the inner sleeve it says Yoko Ono & Plastic Ono Band (With Joe Jones Tone Deaf Music Co.), and there are appearances by a who’s who of musicians from the time including Eric Clapton, Klaus Voorman, Jim Keltner, Ringo Starr, Bobby Keyes and Jim Gordon.

Yoko was making what might be described as experimental or avant garde music for the time. It’s certainly music that you need to work on to understand and appreciate. A contemporary review of the album was published in Rolling Stone magazine in December, 1971. Here’s an extract:

I don’t believe that Yoko’s music is the music of the future, as some of her fans say, but it isn’t noise, either, as some of her critics say. It is serious work, often rewarding of close attention, better listened to alone than in groups, and capable at its best of expanding one’s idea of certain kinds of musical horizons. It has considerable potential, which is why I wish Yoko would start discriminating between what she can and cannot do well. The results might well be more surprising than what she has done so far.   (Tim Ferris, Rolling Stone) 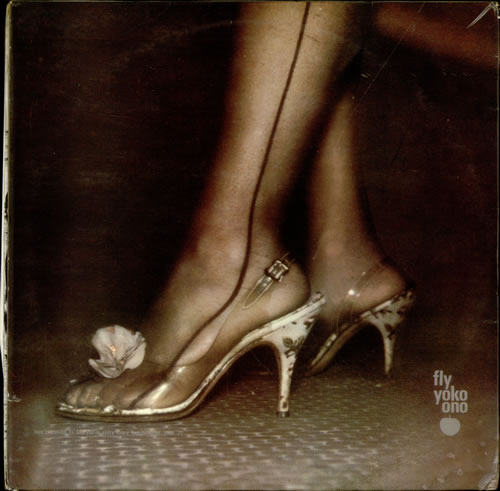