For those of us who love record labels – spotting and collecting different variations – with yesterday’s reissue of the two McCartney solo “debuts” the lovely Chained and Perfumed blog site has posted some interesting varieties of “McCartney” and “McCartney II“:

A rare and unusual Brazilian edition of McCartney in mono from the Chained and Perfumed collection.  Nice.

The new McCartney Hear Music reissue. 2011. Released just last week on vinyl and CD. This label is from the second disc of the two-disc LP set which contains some rare and previously unreleased stuff.

McCartney II. Side 2 of U.S. edition. 1980. (I have a variation of this label below with the MPL logo in different spot). 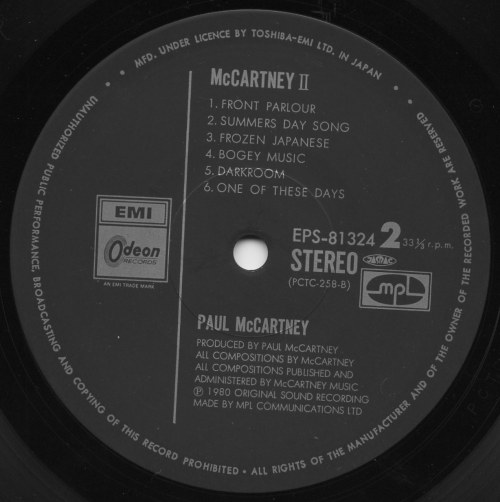 McCartney II. Side 2 of the Japanese edition.

So, Chained and Perfumed inspired me to have a look in my own collection and I found some additional variations: 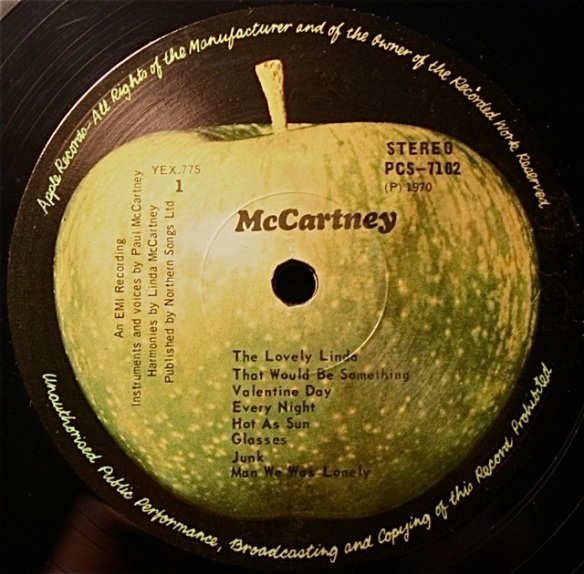 McCartney II. US pressing. 1980. This is included as its a variation on the one above. The MPL logo placement is different.

McCartney II. Singaporean pressing. 1980. These pressings were made in Singapore but also sent to Hong Kong and Malaysia. 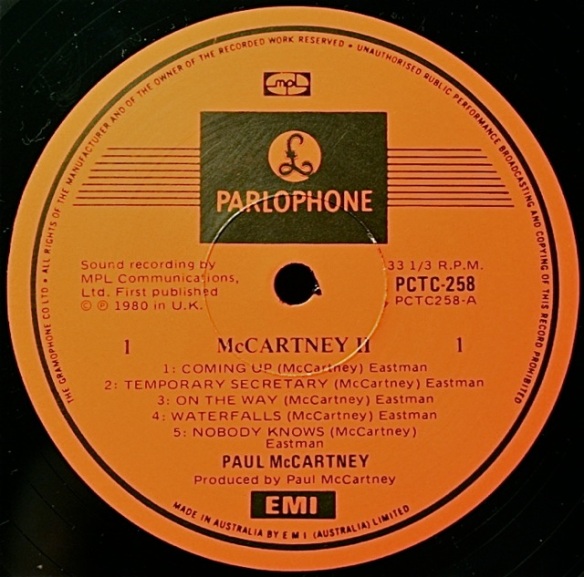 Well, that’s it from my collection. If anyone has any other additions please email a photo and I’ll put them up on the site.   beatlesblogger@gmail.com

UPDATE:  Some other labels are beginning to come in. Thanks to Paco who writes: “Here are mine. They are Spanish editions with the translation of the titles. All generic EMI Odeon labels (nothing too exciting :-)”.

McCartney (above) – The Spanish edition with translations of the titles of each song.

Above is the “Fame” budget label re-issue, this time for the Spanish market. Nice. Have a look here for more on budget Beatles releases.

Thanks to Paco for sending these through. If you’d like to add to the collection of McCartney and McCartney II labels from around the world take a photograph or scan and email them to: beatlesblogger@gmail.com