We have two winners for the recent “Living in the Material World” competition.

The question was: “Olivia Harrison gave Martin Scorsese complete access to the Harrison family archives, including pictures, home videos, etc.  Martin Scorsese was on location filming another project when a security guard flew in from London with George Harrison’s diaries for him to view. In which city was he in, and which film was Scorsese making at the time?”

The correct answer:  He was in Boston, Massachusetts directing his 2010 film “Shutter Island“.

And our winners are Zachary Whitbeck from San Antonio, Texas (who will receive a copy of the “Living in the Material World” 2-disc DVD, and Ian Gray from Durham City, England (who gets a copy of the CD “Early Takes – Volume 1).  Congratulations!

Here’s what Zach and Ian will soon be opening in the post: 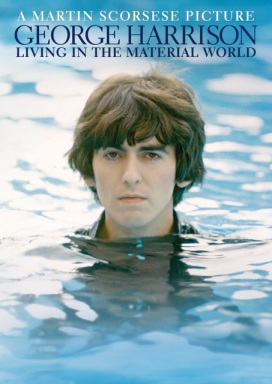 Thank you to everyone who entered. And thanks again to Universal Music Enterprises and Sneak Attack Media for providing the prizes.