I was in Armidale, NSW (Australia) last week and managed (in between work meetings) to duck out to the recycled book and record store in town. I picked up a nice, used copy of book which looks to be a companion to the Rolling Stone magazine book I found earlier this year in Sydney about George Harrison. It’s similar in style and scope, only this time the editors of Rolling Stone have John Lennon and Yoko Ono as their focus: 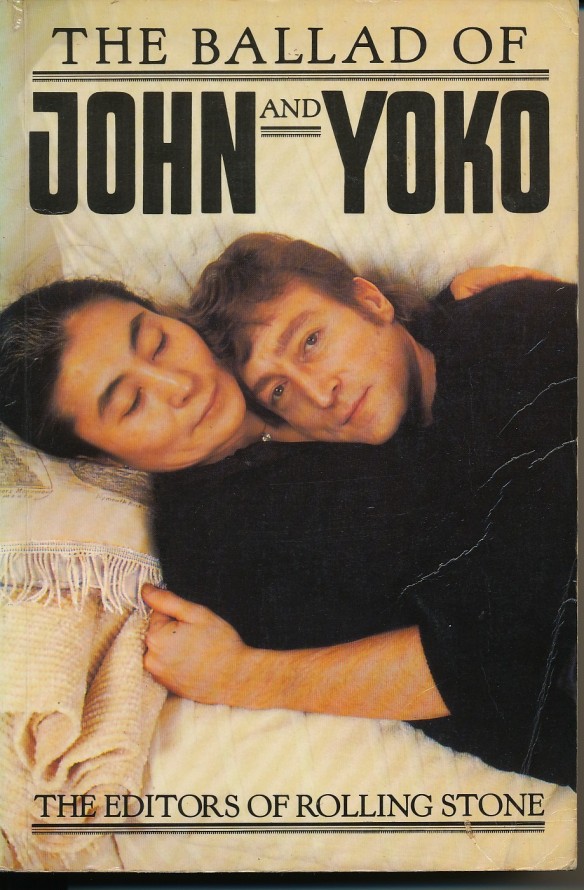 This is the paperback edition and it came out in 1982. The book details (from the pages of Rolling Stone over the period 1967 to 1980) the love, the life and the activities of John and Yoko. It looks to be a fantastic compendium of some of the best writing about the pair as individuals, as a couple, and of course John as a member of the Beatles. 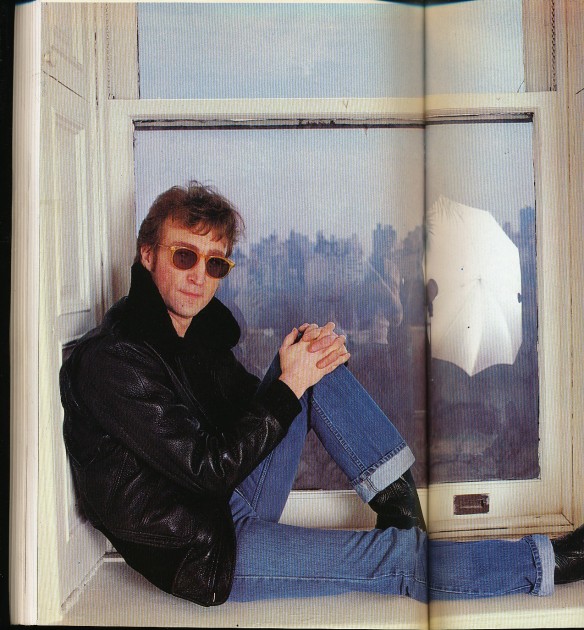 There are some great colour and black and white photos throughout, some of which I’d not seen before – like this one of Yoko. 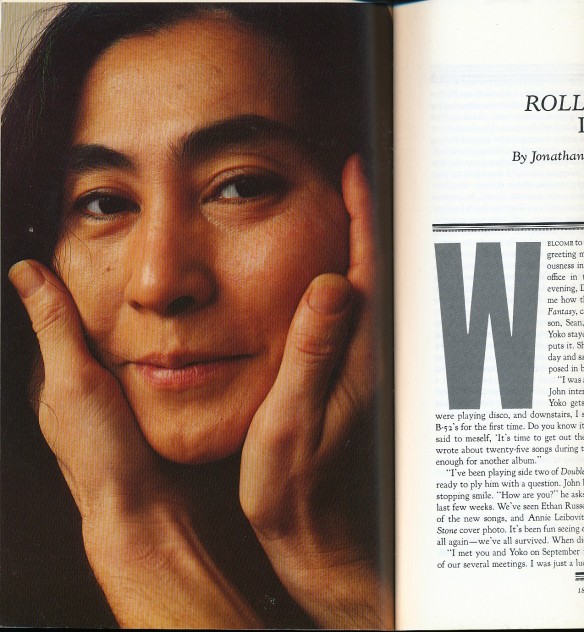 The photograph above is an interesting composition. As you look at it you realise those are John’s hands. 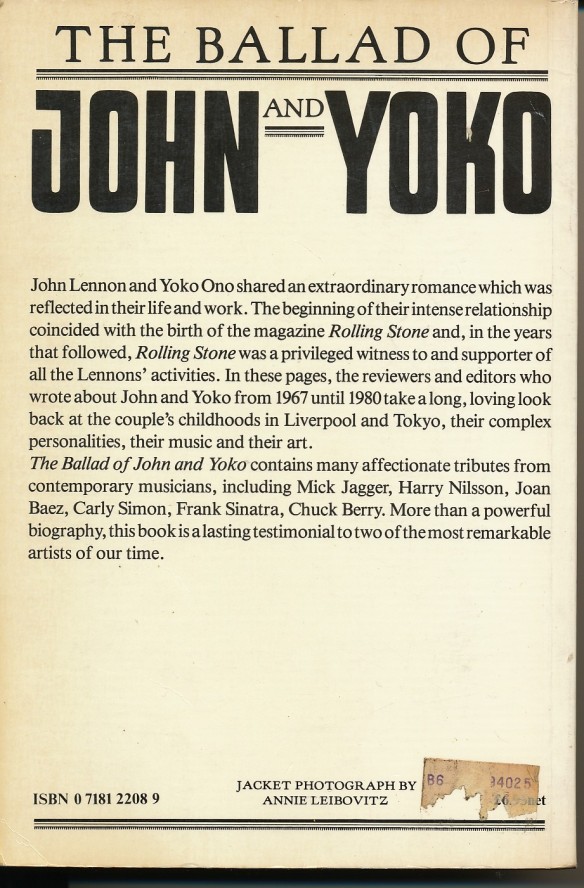