The only Beatle related item in today’s Black Friday Record Store Day releases is a re-issue of the George Harrison single ‘My Sweet Lord’/’Isn’t It A Pity’.

This is described on the official RSD website as being a 7″ Vinyl, on the Capitol/UMe label, a ‘RSD First’ release, and that it would be limited to 7500 copies worldwide.

From the cover image supplied at the time collectors soon worked out this was going to come in a picture sleeve which replicated the one issued in Portugal, and was pressed in the former Portuguese colony of Angola way back in 1970. See our original post on this release for more.

Well, one of the new RSD singles has already popped up on the Discogs site – and it seems there is much more to it than that…..

Firstly, from the hype sticker on the front we can see that the single is pressed on clear vinyl!

There’s confirmation it’s a reissue of the 1970 Angola pressing, but also that it is a numbered limited edition.

Additionally, the picture sleeve has been very faithfully reproduced – right down to the flipback construction style that would have been used for the original Angolan sleeve:

And we can see that the limited edition number is stamped in gold foil on the rear:

So, there’s much more to this RSD release than we first thought. For collectors this sort of attention to detail is good to see. Well done Capitol/UMe. 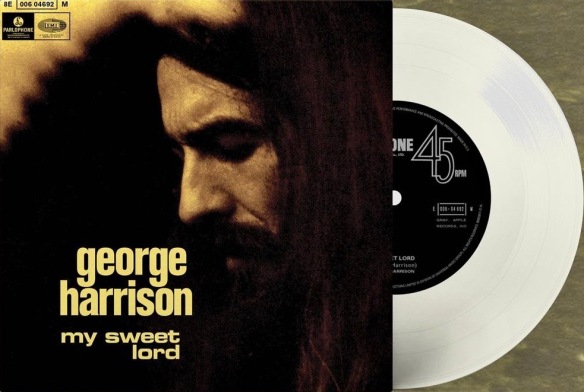 Meanwhile, in other George Harrison news, it looks like there’ll be a big reissue program for the album All Things Must Pass in 2021.

In celebration of the 50th anniversary the George Harrison Estate has made available to stream a new 2020 stereo mix of the LP’s title song as a prelude of what’s to come.

“The new stereo mix of the album’s title track is just a taste of more things to come in 2021 as we celebrate the 50th anniversary of my father’s legendary All Things Must Pass album,” says Dhani Harrison. 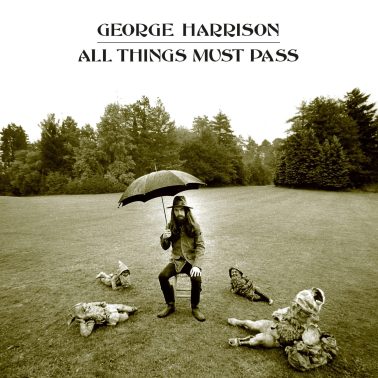