Summer in Australia is great. It’s warm, holiday time, Christmas (yes, its hot here while it’s cold in most other places celebrating Christmas around the world).

It’s also a bad time of year – we get frequent floods, bushfires and cyclones (the Southern Hemisphere equivalent of hurricanes).

This year has been particularly bad for flooding rains, and that got me thinking about the value of my Beatles collection, and how I’d feel if my house got flooded. What could I do to protect it? I guess I also had in mind those confronting images which went around the world after the “super storm” – Hurricane Sandy – hit the east coast of the USA last year…What if your precious collection was inside this place?: 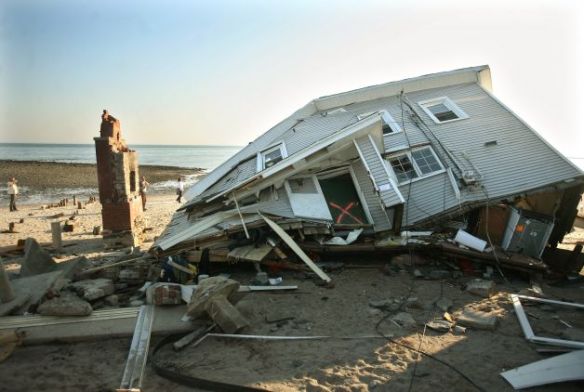 The photo above was taken at Fairfield Beach, on Long Island Sound in the US in the wake of Sandy. And there were people there who did indeed have their record collections affected: 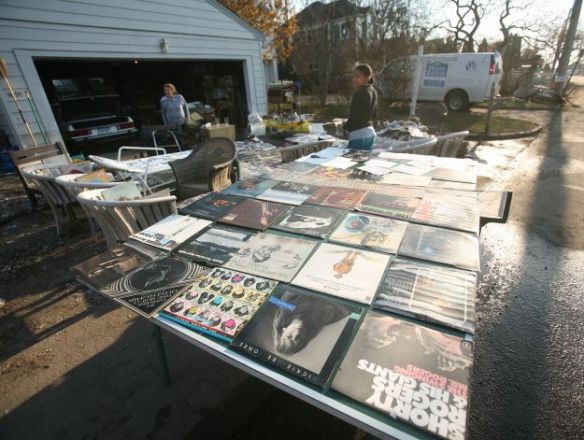 This poor lady, Carla Strobel (at left above), is attempting to dry out her record collection which was damaged by Hurricane Sandy in Fairfield, Connecticut on November 11, 2012. (Photos: Brian A. Pounds). It’s even worse if you own a record label with masses of stock in a warehouse that gets trashed by a hurricane. Check out these poor folk at Norton Records in New York who also suffered massively at the hands of Sandy.

Truly soul-destroying. Of course it could be something a lot more simple and plainly domestic that gets you. This poor guy just had a water heater burst upstairs. Over a period of just forty-five minutes several hundred gallons poured on the floor and eventually made its way to his record collection down in the basement:

Or this poor record store flooded by a blocked drain that wasn’t even on their property. It slowly seeped into storage area though… 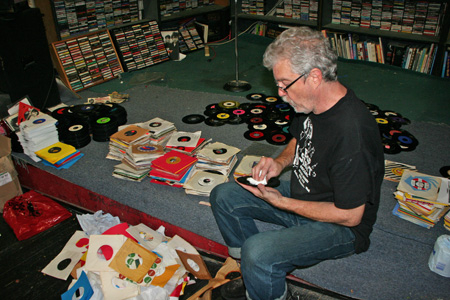 All this leads me to an email I received from an organisation called Home Insurance. They wrote an article for Beatlesblogger which I reproduce here as it may just have some information for you about whether or not you should insure your collection against loss or damage:

When you’re collecting memorabilia from a band whose influence still makes a limited edition Bazooka Bubble Gum Wax Box go for more than $4,000 on eBay (despite being broken up now for five times longer than they ever existed in the first place) – you’re bound to rack up a sizeable bill. If any of your prized Beatles possessions are ever stolen or damaged in a fire, how will you recover all of the big investments you made in your collection? 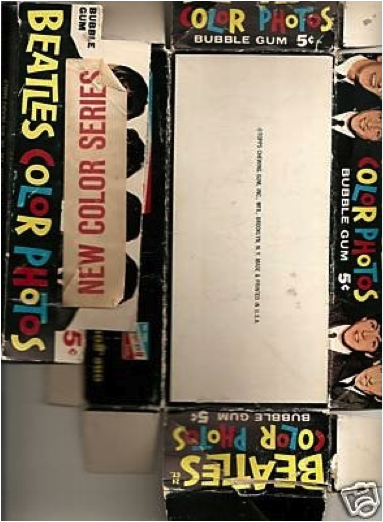 Even if you’ve already purchased a smart homeowners insurance policy, chances are your Beatles collection won’t be fully covered. Consider the fact that most standard policies include a limit of only $200 for high-value items. That’s nothing when you’re talking about collectibles from the Fab Four.

Do you own a blue Aladdin 1965 Lunchbox? You could be sitting on almost $700, depending on its condition. A cork stopper branded by Paul McCartney is worth more than $500. Even if you’ve just held on to a pair of original Beatles concert tickets from 1964, you’re likely already way over your insurance policy’s coverage limit. So how can you affordable and adequately protect these items?

One option for serious Beatles collectors is to purchase additional coverage on their homeowners insurance policies by scheduling an endorsement. An endorsement is a quick and convenient way to increase coverage limits for valuable collections under an existing policy. It’s important to have your collection appraised by an expert in order to make sure you’ve insured it to its full value.

Another option is to invest in a personal articles floater from a provider that specializes in insuring collections like yours. This option is more expensive than scheduling an endorsement and may increase your premiums anywhere from 1-20% (depending on the value of your personal collection), but it also comes with peace of mind that your claim will be handled by someone with expertise in collectables.

Whether you’re just starting out or if you’re the proud owner of The White Album no. 0000005 – the first LP given to anyone outside of the band and last valued at $31,000 – it’s important to take steps to protect your Beatles collection. Contact an expert or licensed insurance agent as soon as possible if you’re not 100% sure you’ll be able to get help recovering your investment if something ever happens to your prized possessions.

For one other sad collection damage story click here. I also came across some info from the University of Iowa on how to professionally salvage records, CD’s and DVD’s affected by flooding.

I’d be interested in your thoughts and comments on this one. Have you insured your collection? Or (like me) do you take the risk and hope for the best? Can an insurance payout bring back a lifetime of collecting anyway? So many items would be so difficult to find and replace. And how do you put an accurate value on a big collection?