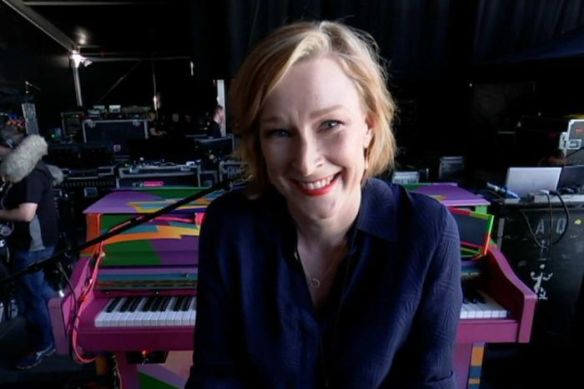 Australian television presenter and journalist Leigh Sales is highly respected. She’s the host of a nightly national current affairs TV program called 7.30 and well-known for her political interviews. Sales is often feared by those sitting across the desk from her because a) she does her homework, b) is not afraid to ask the difficult questions, and c) is fearless in calling decision-makers to task.

But Sales is equally at home speaking to writers and musicians. She clearly has a love of the arts, and what drives creative people to produce the work they do.

That’s why it was fascinating to watch her last night getting ready to meet and interview one Paul McCartney.

The 7.30 program had scored an exclusive: the only television interview that McCartney would conduct while on the Australian leg of his One On One tour.

You’d think that would be pressure enough, but the fact that Leigh Sales is also a huge long-time fan allowed us to see the usually composed interrogator in a very different light.

She has written a great article about the experience – you can read that here, and you can also view the piece that went to air on the same page. There’s also rehearsal footage of the band running through ‘Day Tripper’ before the Perth concert.

Turns out Paul McCartney was generous and charming, plus we get to go backstage and learn that the guitar he used in 1964 on The Ed Sullivan Show to play ‘Yesterday’ is still in active service in 2017. And that Sales gets to play one of his Magical Mystery Tour stage pianos!

As she says: “It was one of the greatest experiences of my life.” 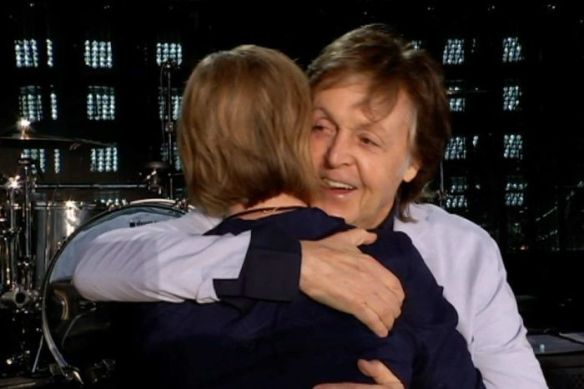 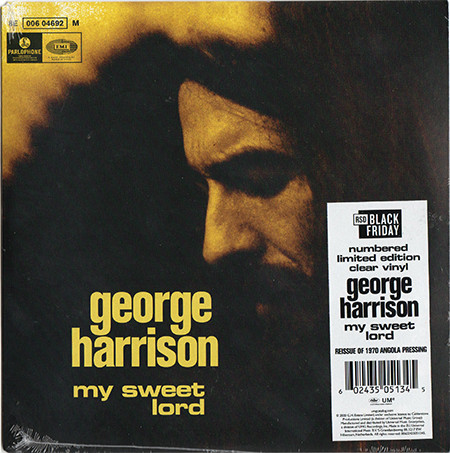