The official George Harrison social sites (Instagram, Twitter) have been carrying cryptic Traveling Wilbury teasers for a couple of days: 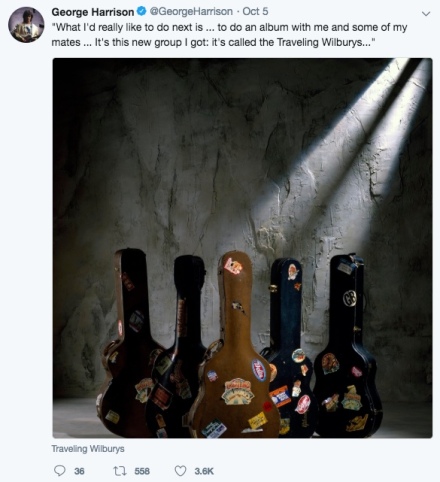 It’s now been revealed what it’s all about: 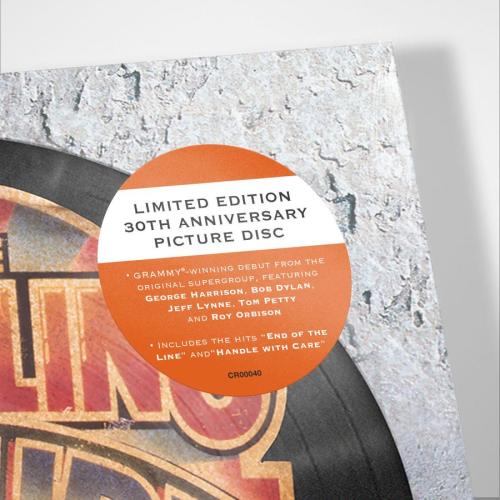 Pre-order pics show that Side 1 carries the Wilbury logo, while Side 2 features an image from this video for ‘Handle Me With Care’, shot by Alberto Tolot:

The picture disc will be issued on November 2.

If there’s ever a thing to get a collector going it is a couple of different versions of the same release….

Enter the George Harrison side project The Traveling Wilburys, a super band he shared credit for with Bob Dylan, Jeff Lynne, Roy Orbison and Tom Petty.  (Or, as they are credited on the album sleeve: Lucky, Otis, Charlie T. Jnr. and Nelson Wilbury).

In 2007 Rhino Records released a limited edition box set of the two Wilbury albums, plus a DVD disc featuring a twenty-four minute documentary on the band and a collection of music videos.

The box set was released in three editions; the standard edition, with both CDs and DVD in a silver-coloured double digipak package with a 16-page booklet, and a “deluxe” boxed edition with the CDs and DVD, a hard-back 40-page booklet, and an envelope containing two old-style photos, two modern band photos, and a sticker.

The first release of this deluxe edition came out in a white linen covered box. However, you can see in the pictures below not one, but two versions of this deluxe box set – that’s because the first edition was so popular it quickly sold out….and so a year later they released another version – this time with the exact same content inside but housed in a blue linen covered box.

Each comes with a “Certificate of Authenticity” and is numbered. The white box here is number 18887. The blue box is numbered 102681.  Both are now pretty hard to find, though I think the white box is the rarer as there were fewer produced.  There was also a vinyl edition of the set – but I haven’t got that one. Yet….. 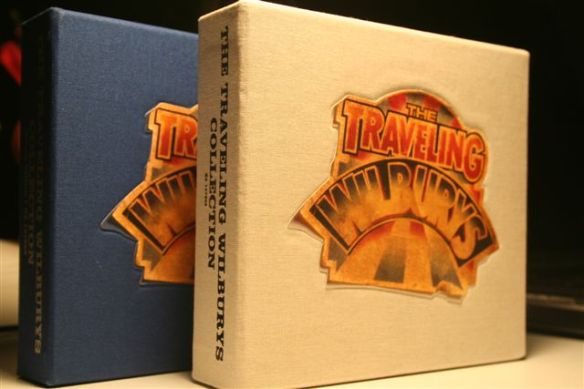 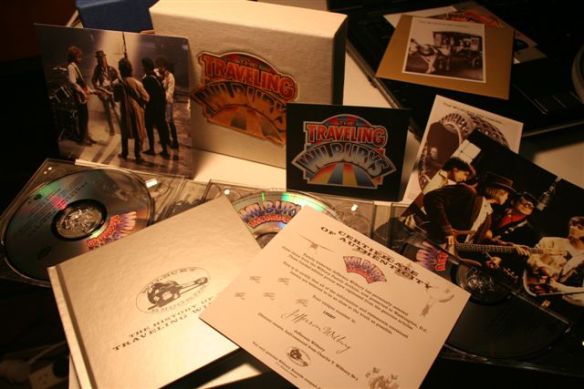 Inside the 1st Edition Deluxe Box

Sadly #recordstoreday 2020 has become the latest casualty in the worldwide Coronavirus pandemic. Just means we’ll have to wait a little longer for our #beatles related releases. No biggie in the scheme of things. Staying safe is the main priority now. Link in bio. #recordstoreday2020