Forget the fact that the term “…just another day” isn’t actually a Beatles song (it’s a Paul McCartney solo song), it was more those clocks being side-by-side that triggered off the guesswork that it was Beatles-related.  Something about the position of the hands:

Thanks to the TechCrunch website for starting that one off. It was quickly followed up by the MacRumours site, too. Once that happened it was on for young and old.  The New York Times then got in on the act, stating they had spoken to an anonymous insider who’d told them everything:

Apple is expected on Tuesday to announce that it has finally struck a deal with the Beatles, the best-selling music group of all time, and the band’s record company, EMI, to sell the band’s music on iTunes, according to a person with knowledge of the private deal who requested anonymity because the agreement was still confidential.  (Read the full article)

Then today, finally, came confirmation. The Beatles entire catalogue is now available for digital download. The New York Times has updated its stories – this one in particular has some interesting history and background. And they’re also running an article with information about what we’ll pay for the Beatles back-catalogue digitally. Certainly from what I can see in the Australian iTunes Store its a premium price, thats for sure. (The outrage at the Aussie pricing by Apple is growing. See here and here).

There is one thing for free though if you are quick. On iTunes there’s a free download of the 1964 concert live at that Washington Colliseum, the Beatles first ever on US soil. Its quite fascinating to watch. Its the entire performance – complete with associated pandemonium, between-song banter, screaming, bad sound and a rawness thats revealing. 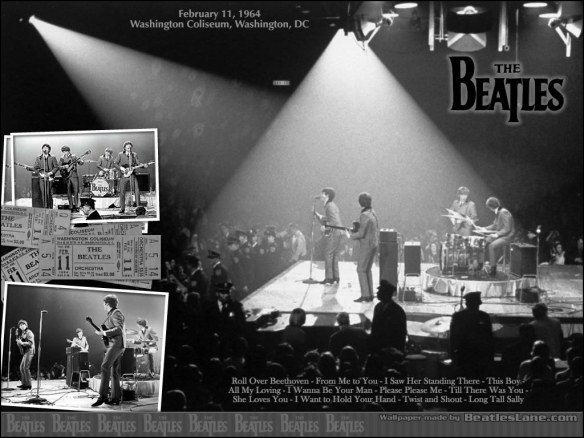 Thanks to Henry for sending me the MacRumours link.  iTunes have an Artist page here.

1 thought on “Beatles Finally on iTunes”