As if the constant rush of Apple and Beatles-related product had not been enough so far over the last two months….

The George Harrison camp has decided,  as part of international Record Store Day, to release a very special 40th Anniversary limited edition, 3 LP vinyl set of  “All Things Must Pass”: 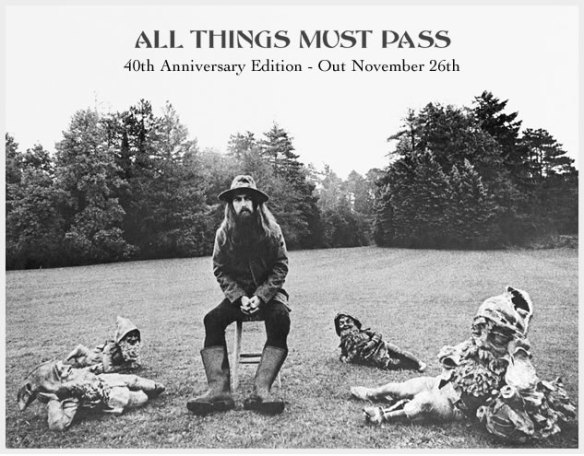 It’s available now – exclusively at Record Store Day-participating independent music retailers (and via mail order and digital download from the George Harrison site). It came out yesterday – Friday, November 26, 2010 – exactly forty  years on. “All Things Must Pass” was originally released on Friday, November 27, 1970.

This album is a limited edition, individually numbered, 180-gram vinyl set in its original 3 LP configuration. The faithfully replicated box set has all the original album art, the poster and the inner sleeve packaging. The LPs have been newly remastered at the Abbey Road studios from the original analogue master tapes.

I got my copy yesterday from Red Eye Records – one of my favourite Sydney independent stores. The heat-shrink wrap has a sticker attached on the front right-hand side that looks very like the one that appears on some original albums telling you what’s inside: 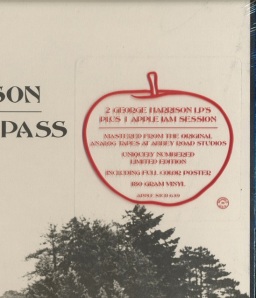 And there’s also a special bar-code sticker on the rear lower right-hand side of the box that acknowledges Record Store Day: 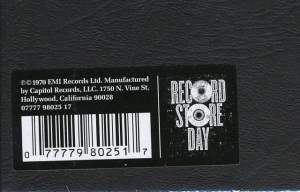 Finally, each box is stamped with a number in gold print, also on the rear of the box. Mine is a pretty low number which I’m pleased about – No. 001708:

Each box is a Limited Edition

The official George Harrison site is offering a free digital download of “Wah Wah”, and there’s a bit of a discussion going at the George Harrison message board. See also Plug In Music.

And click here for more on “All Things Must Pass” variations.