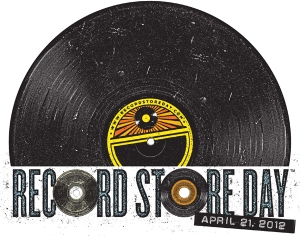 This week (on Saturday) we once again celebrate the importance of independent record stores around the world. And once again there’s some Beatle-related treasure for collectors. Not as significant as the last Beatle release as part of Record Store Day’s Black Friday editions last year, however still collectable. This time there’s a Paul McCartney 45 on offer. It comes in the lead up to the numerous special McCartney Archive editions of “Ram” in May.

MPL/Hear Music/Concord are releasing a limited edition (just 2000 copies) of the 1971 single “Another Day/Oh Woman Oh Why“: 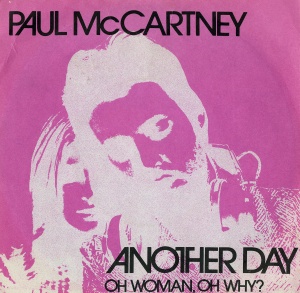 The Record Store Day site says: “A classic Paul McCartney vinyl single reissue manufactured exclusively for Record Store Day! “Another Day” was originally recorded in 1970, during the sessions for the album Ram. It was the first single of his solo career. It was originally released February 19, 1971 with “Oh Woman, Oh Why” as the B-side. Upon its release “Another Day”/”Oh Woman, Oh Why” reportedly sold over a million copies worldwide. It was a number one hit in France and Australia, in the U.K. it reached number two, in the U.S. it reached number five. This exclusive reissue single is taken from the forthcoming Paul McCartney Archive Collection edition of Ram coming this spring!”

You can read more about it here on the excellent Second Disc blog.

And it all leads to the next significant installment in the Archive Series – “Ram”. The Second Disc also has some info on this forthcoming release.

McCartney stated: “Ladies and gentlemen, this is an album from a long, long time ago, when the world was different. This is an album that is part of my history…it goes back to the wee hills of Scotland where it was formed. It’s an album called Ram. It reminds me of my hippie days and the free attitude with which was created. I hope you’re going to like it, because I do!”

There have been some great Beatles collectables associated with previous Records Store Days. I’ve already mentioned last year’s Beatles singles box; in 2010 there was a special re-issue of  Harrison’s “All Things Must Pass“; there was another McCartney limited edition single released as part of the McCartney Archive Series; there was also the Beatles “Paperback Writer“; and of course the great Lennon Singles Bag.