Time to take a run through the different versions of “Kisses on the Bottom”, Paul McCartney’s new album.

It’s been released in physical form as a standard CD, a deluxe CD, a deluxe CD with bonus tracks (more on this later), and as a double LP vinyl. (Remember, to see larger images of all the scans below just click on the image).

Firstly the standard CD. Here’s the front cover with the sticker on the shrink- wrap still attached: 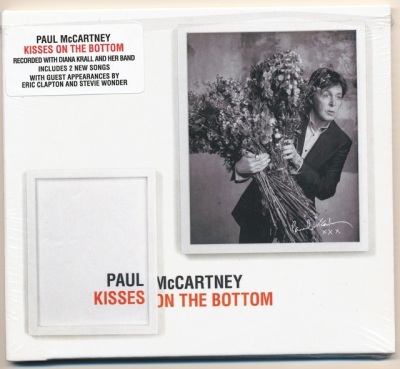 This is the rear cover of the standard CD – which has 14 tracks. This copy is manufactured in the EU: 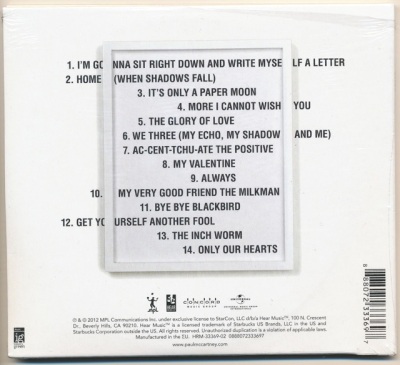 The standard CD is a cardboard, single gatefold sleeve with the booklet glued onto the cardboard:

Personally I think that when the cover is first opened it looks odd to have that large expanse of white cardboard on the right-hand side. Surely another couple of images or text could have been put there. Or, like the deluxe version (see below), a cutout provided so that you can see the CD label.

The booklet in this version is 18 pages and contains an interview about the album, photographs taken during the recording and also photos from the Mary McCartney official photo shoot. There is also track-by-track personnel details for each song, followed by a page with final credits including studio locations, engineers and the obligatory “thank you’s”, etc.:

The CD printing itself is very simple and uncluttered and looks like this:

In some markets (in the US, I think) the CD came with a red wrap, promoting the song “My Valentine”:

Buyers of the deluxe CD edition in the US will need to know there are two versions: one has 14 tracks and the other has 16 (which is available only from Target stores at this stage – see details below, and see also this post from Wogblog). In Britain, the EU countries (and in Australia because we are getting the EU versions) all deluxe versions have the two bonus tracks: 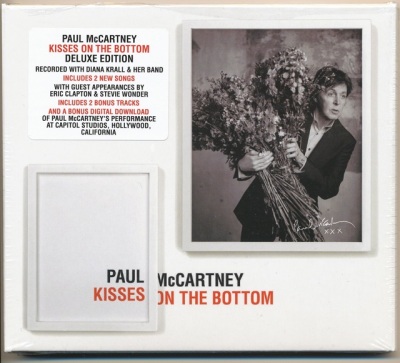 The bonus tracks are “Baby’s Request”, a re-recording of a McCartney song which first appeared on the 1979 Wings album “Back to the Egg”, and “My One and Only Love”.

The deluxe CD has more complex packaging. It comes in a cardboard, double gatefold cover. In other words it opens out to be four panels in total. To give you an idea of how this looks here’s a photograph of how the package opens up, plus the inclusions (which are covered in more detail below). This is the US non-bonus track deluxe version: 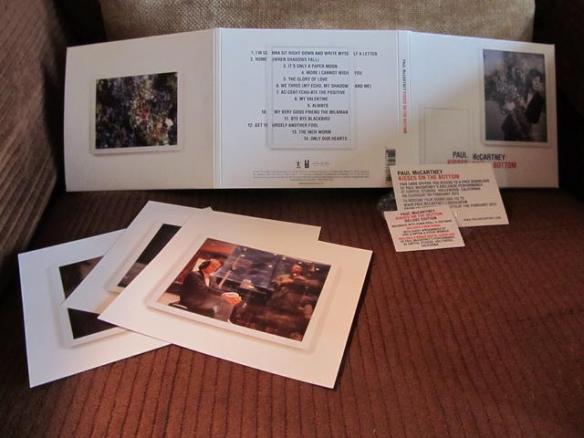 When you first open the deluxe CD cover this is what you see on the inside:

These two panels then open out again. This is the left-hand side:

And this is the right-hand side (containing the booklet):

What looks to be the same booklet as the standard CD (also glued onto the cardboard) is actually longer – with 22 pages. The extra space is for a longer version of the interview with Paul McCartney, and there are additional photographs, and these are laid out differently to the standard CD. Inside a pocket in the deluxe CD cover there are also three postcards: 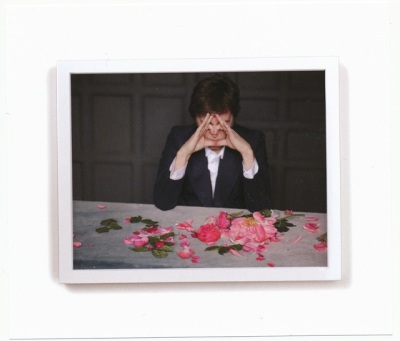 And included in the postcards pocket is a smaller card with details and a code for a download “…of Paul McCartney’s exclusive performance at Capitol Studios…”: 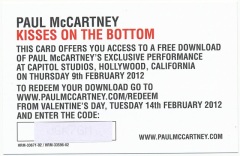 That bonus download sounds like an enticing extra on first read. But when you log in with your code you get just four live songs from that live performance, not the whole show. You get “I’m Gonna Sit Right Down and Write Myself a Letter”; “Home (Where the Shadows Fall)”; “Ac-Cent-Tchu-Ate The Positive”; and “My Valentine”.  As has already been noted on the web by Wogblog, this is kind of disappointing. I mean, just four songs? It feels kind of cheapskate on Paul’s behalf.

There’s an interesting side story to the interview featured in both “Kisses on the Bottom” CD booklets. It’s done by Paul Du Noyer. If the name sounds familiar he is the well-known British music journalist and writer who also did the liner notes for all the John Lennon remastered re-issues a while back including the John Lennon Signature Box, and the “Double Fantasy – Stripped Down” version. He also worked extensively on Paul McCartney’s “Band On The Run – Deluxe Edition“, which has just won a Best Historical Album Grammy Award. As editorial consultant for the package, Du Noyer edited the 128-page book, wrote the liner notes and interviewed McCartney. He also worked on the “McCartney” and “McCartney II” deluxe reissues.

Finally to the vinyl edition of “Kisses on the Bottom”.  This is a double LP and comes in a gatefold sleeve: 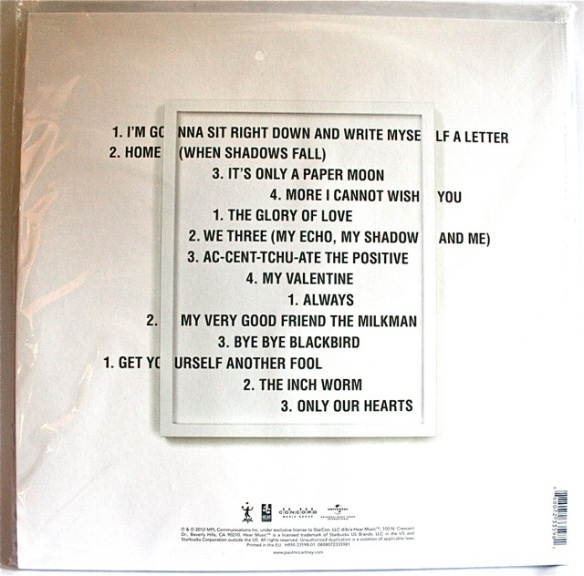 I got my copy from Amazon and thought it would be made in the US, but it says “Printed in the EU” on the back cover…

I haven’t taken my copy out of its sealed plastic cover, preferring it to remain a collectors item and “still sealed”. Also, all that white cardboard is going to get easily marked and scuffed. Keeping it sealed will also help keep it in pristine condition. Looking around on the web I did find this image of the vinyl package opened up:

You can see that it comes with two inner sleeves which reproduce the text elements of the CD booklets. The two 180g vinyl LPs have custom labels. And you get access to a digital download of the 14 track album as well.

[Thanks to cyber-beatles.com for the additional images used in this post.]

2 thoughts on ““Kisses on the Bottom” – The Variations”