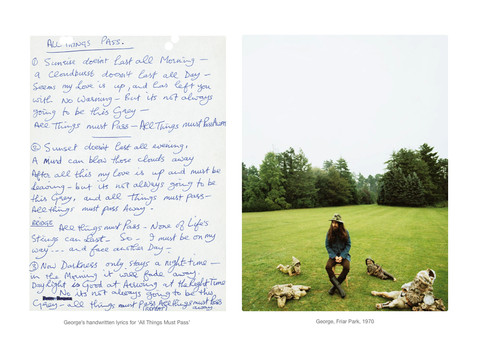 Not one but two press releases out today (one from The Beatles official site, the other from the George Harrison official site) about a new “multi-touch” e-book edition of “Living in the Material World”.

There’s even a fancy trailer to look at:

This all comes hot on the heals of the release in the United States on DVD, BluRay and a Deluxe box set edition (which have all been out in the UK and other parts of the world since October last year) of the Martin Scorsese documentary film of the same name, plus a CD, Vinyl and Digital release of George Harrison previously un-released out-takes called “Early Takes – Volume 1“.

Another screenshot from the “multi-touch” edition.