After many a year I’ve finally got myself a copy of the US vinyl version of the Beatles “Help!”.

I’ve already got a few different versions of “Help!”, but have never had an LP copy of the US Capitol Records pressing – which varies in a number of ways to the LP released in Australia and elsewhere. The one I got last week is on the orange Capitol label: 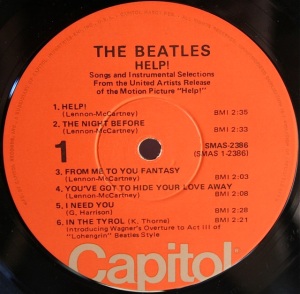 The LP is of interest because the US edition has seven songs from the film interspersed with instrumentals, a different running order, and a very different cover to that issued in places like the UK, Europe and Australia: 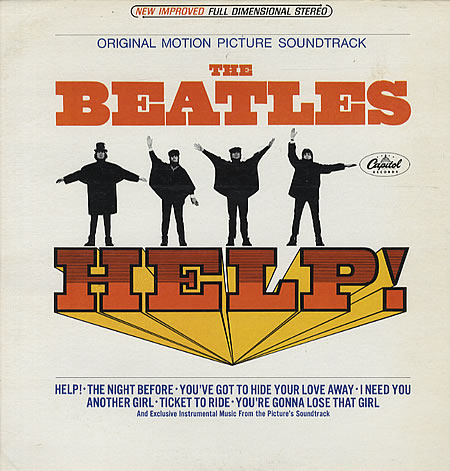 Also, it has a really cool gatefold with lots of additional photos inside (whereas in other countries “Help!” comes in just a single LP sleeve): 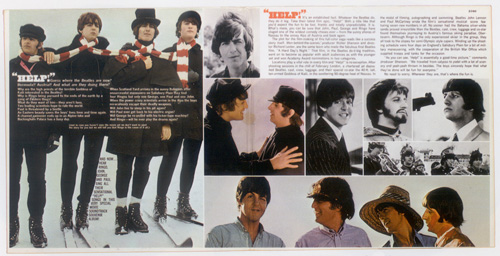 In Australia (and in the UK) we’re used to this “Help!” LP cover image: 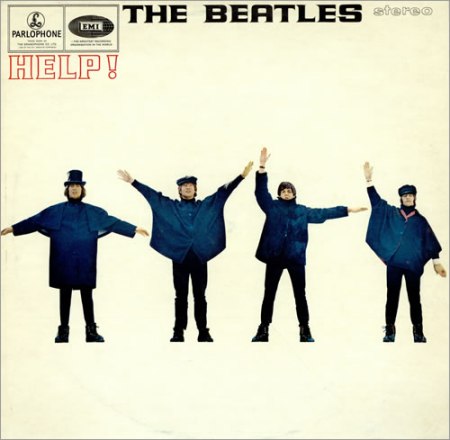 As I said there are some songs in common, but the running order is different and Bruce Spizer explains why in his liner notes for the booklet that comes with “The Beatles Capitol Albums, Vol. 2”:

“In England, Parlophone repeated its practice of issuing an album with songs from the film on one side and additional new recordings by the group on side two. (Three of those songs had previously appeared [in the US] on “Beatles VI”.) Capitol issued an album with the seven Beatles songs from the film augmented with “Exclusive Instrumental Music From the Picture’s Soundtrack.” Ken Thorne’s score for the film consisted of a mix of Thorne originals, classical music and orchestrated Beatles tunes, often with an Indian flavour. Capitol’s “Help!” LP was issued with a deluxe gatefold cover on August 13, 1965″.

The copy I got also has a nice original paper inner sleeve, with advertisements for other Capitol LPs, including a couple by the Beatles:

Next time a post on some “Help!” label variations from around the world.

2 thoughts on “Latest Addition to the Collection – The Beatles “Help!” US LP”