The new records aren’t due for release in the UK and the USA until next week (12 and 13 November respectively). However, today I got a call from my local record store in Sydney saying “Come on in – your order for the Beatles box set is ready for collection today“.  (That’s Thursday, 8 November)

Naturally I high-tailed it down there – and here are the first pictures of it being unpacked. It comes in a big protective outer box: 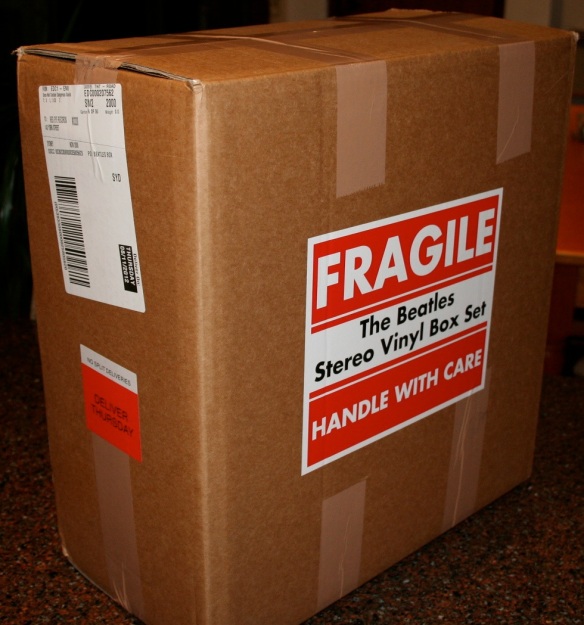 The large sticker declaring the contents is placed on both sides of the box:

The two shipping labels on the side. Both say “Deliver Thursday”:

When you open the box you see what looks like another box-within-a-box:

It is held in place by two thick white foam inserts that you usually see in packaging for large electrical goods like TV’s, etc.  At this point I should say this package is incredibly heavy. You actually have to lie it on its side to slide it out: 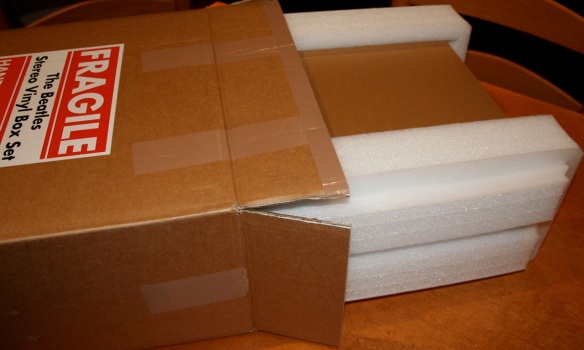 What initially looked like an inner box is actually a thick brown cardboard wrap around the main package (above). Once you take it off you see this: 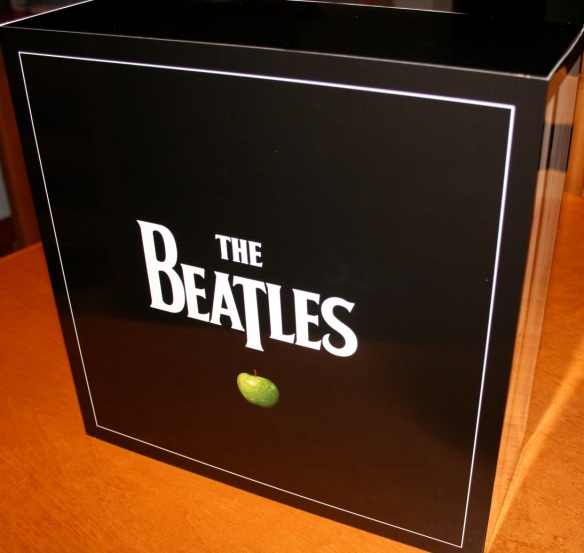 It’s just like the Beatles Remastered Stereo CD box released in 2009. There’s a thin cardboard outer sleeve around the record box itself. As you can see above it has “The Beatles” and an Apple logo printed on the front. This is what’s printed on the rear: 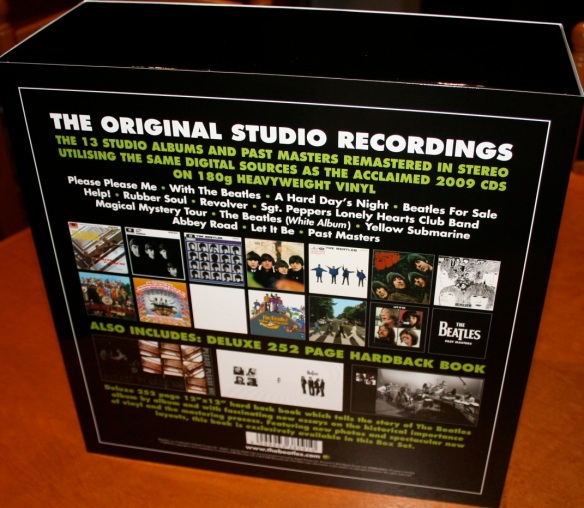 The outer sleeve slides off to reveal the main, lidded box:

Opening the lid – there are two pieces of black foam and two large moisture absorbing packs: 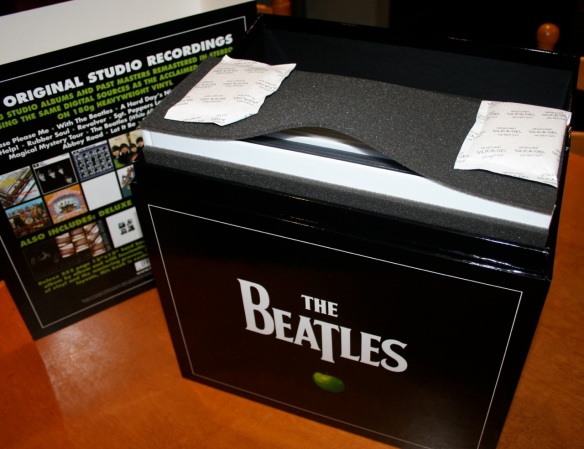 The book and all the LPs are completely sealed in heat-shrink plastic:

“Let It Be” (below) has the green Apple on the rear: 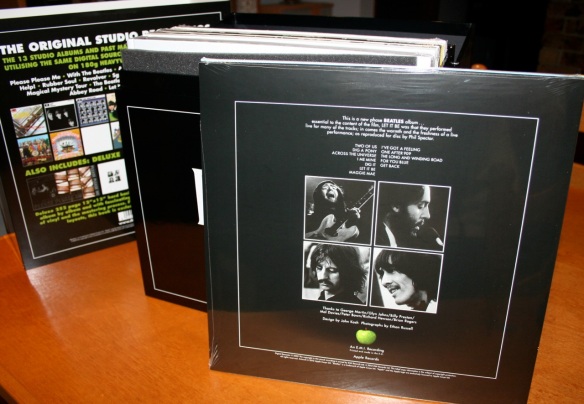 The book is really heavy and looks amazing – even in its heat-shrink wrap:

It has black-edged pages:

One side of the outer sleeve has the record and book edges printed on it. I guess that’s so it’ll look good when sitting on a shelf with that edge facing out:

Well, that’s about it for now. Hope you enjoyed this. Haven’t had time to open up any of the records or the book. Just wanted to get this up quickly for all to have sneak peek at the new Beatles Remastered Stereo Vinyl Box Set.