Last post I wrote about a couple of unusual garage sale finds.  One was a vinyl copy of John Lennon’s 1971 single “Imagine” – but on the much less common Parlophone label in New Zealand.

When researching the post I had a good trawl around the internet to see if I could find a similar copy.  I couldn’t.

However I did find a huge number of other interesting label variations. I guess that’s not surprising given the fact that this song has become an iconic John Lennon  composition. Here are just some of them, starting with the rare New Zealand pressing I found: 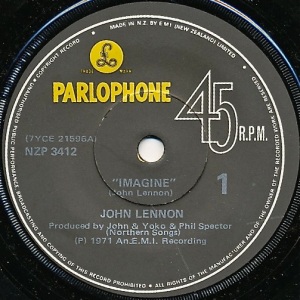 Looking around the web I could not find anything about this release – so if you know more details please get in touch. The more common New Zealand pressing, though still quite collectable in my view, would be on the green Apple label: 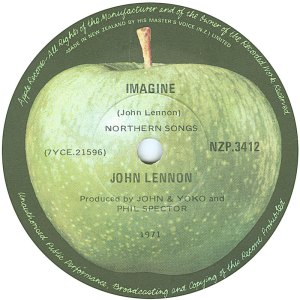 Of course Lennon releases in Australia also came out on the Apple label, and I own probably the most common original Australian release of “Imagine”. It looks like this:

Searching through Google Images I actually stumbled across a picture of what would have been the original Apple acetate pressing of the song:

These acetates were test pressings, done in-house at Apple so that the engineers and John Lennon could take them away and have a listen to the mix and to the quality of the pressing before saying “yes” to printing so many hundreds of thousands of copies…Those big first press runs would have been in the United Kingdom – which used a green Apple.  Here’s an early promo copy sent out to radio stations, followed by the legitimate single released to the public : 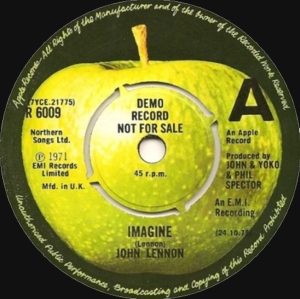 And in the United States – which used a plain white Apple label favoured by John Lennon at the time:

Of course other countries quickly followed, including places like Germany:

Such was the fame of this song there were also pressings from unusual countries like Venezuela: 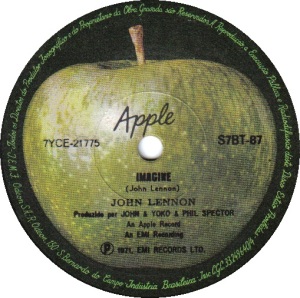 Brazil also released the song on a plain white label – but a variation on the white Apple issued the USA: 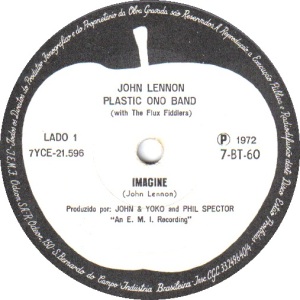 In the US the song was so popular it kept getting re-issued on a variety of Capitol labels:

And this purple Capitol example:

Meanwhile back in the UK the single was being re-issued countless times as well. Here are two later examples on the Parlophone label:

Friend Andrey in Russia has sent another two examples. The first is a mono single from France:

And a slightly different image of the white label above from Brazil (different font on the year of issue):

There are no doubt many more examples given the worldwide love of this one song. If you have any other label variations you would like to share please email them through to beatlesblogger@gmail.com 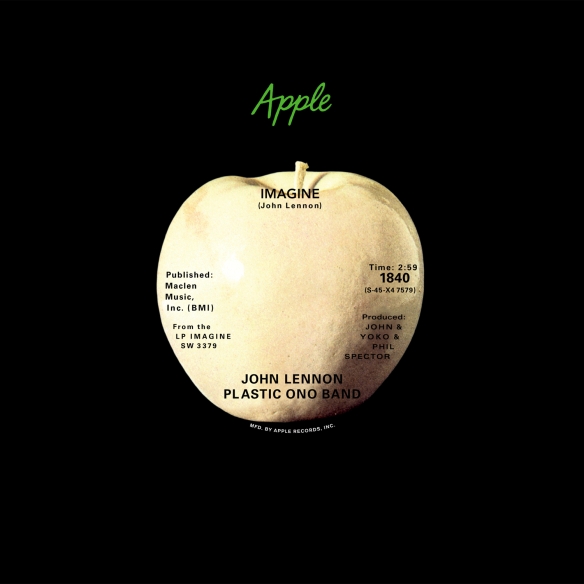