Sometimes when you go out to garage or yard sales hunting specifically for vinyl records you never actually see any. Not one. No Beatles records. No records at all. It can be very disheartening.

That was the case a couple of weekends ago for me. There seemed to be something of a drought of vinyl for some reason. None of the four or five places I called into that morning had a thing.

However, I did mange to get two quite interesting and collectable books – one of which I know is controversial, but more on that later….

Starting with the non-controversial book first. The guy selling it didn’t have it out on display. Because I couldn’t see any records at his sale I asked (as I always do): “You don’t have any records or CD’s do you?”. This is just in case they have some discs, but haven’t thought to put them out. It happens more than you think….

“I’m after anything to do with the Beatles. I’m not a dealer, I’m just a collector,” I said.

“Well, I do have a Beatles book if you’re interested”, and with that he shot off inside the house and emerged again with this:

The Beatles Forever is a vintage Beatles picture book and it was in really good condition. It’s a British publication dating from 1981. The author is Helen Spence, and as you can see from the front cover image above it has a foreword by legendary US disc jockey Alan Freedman. It is a loose chronology of the band’s journey from unknowns to super stardom and contains lots of great colour photographs on every page: 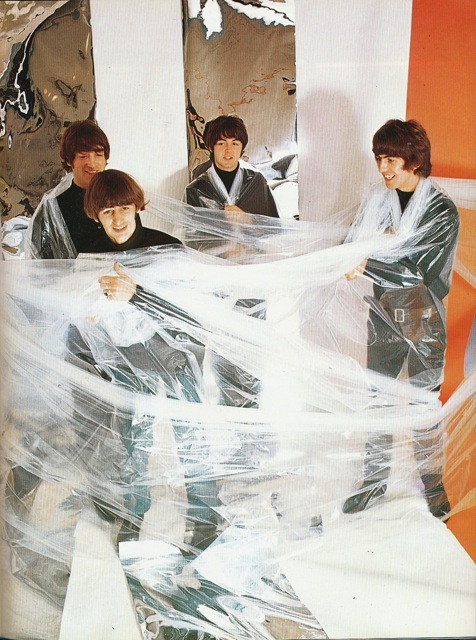 The basic premise for the book is detailed on the inside flap of the dust jacket:

It begins “The Beatles Forever is an outstanding collection of photographs dating back some twenty years to the beginning of a phenomenon which changed the face of the sixties and the sound of popular music for all time. These photographs, many published here for the first time, have been carefully gathered together to present a scrap-book of the Beatles”. And that’s a pretty acurate description: 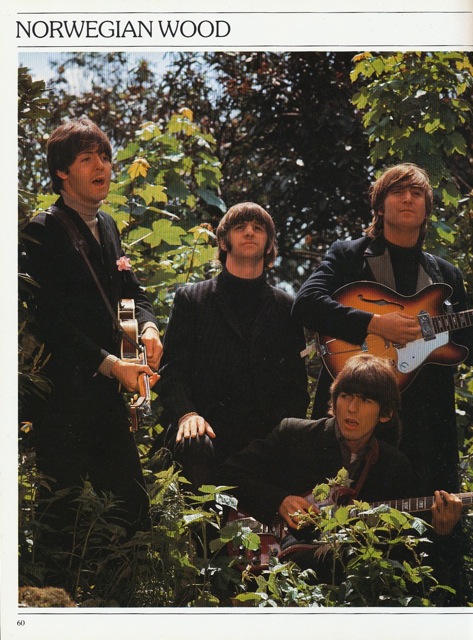 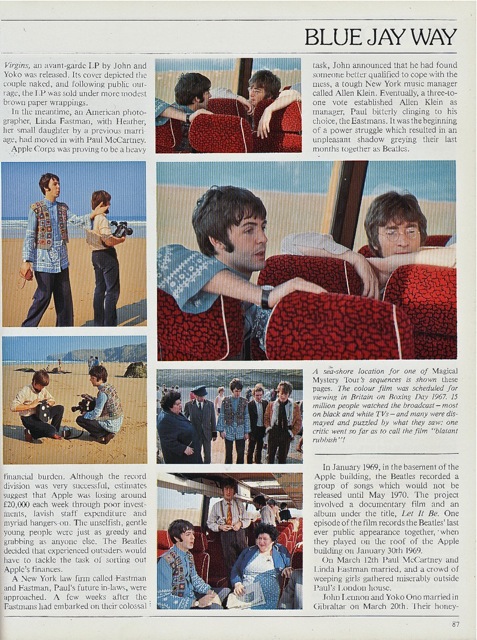 And here is the rear cover:

From this garage sale I moved on to another. These people didn’t have any vinyl or CD’s either….but they also had a book. A very thick book. A book about John Lennon:

This was a US hardback, a first edition of Albert Goldman’s much-maligned work which came out in 1988. As Wikepedia says, “The book is a product of several years of research and hundreds of interviews with many of Lennon’s friends, acquaintances, servants and musicians. Notwithstanding, it is best known for its criticism and generally negative representation of the personal lives of Lennon and his wife Yoko Ono. [It is] controversial because of its portrayal of Lennon in a highly critical light. Lennon was presented in the book as a talented but deeply flawed man who manipulated people and relationships throughout his life, flinging them aside when they were no longer useful to him. Goldman also suggested that Lennon was an anti-Semite and a heavy drug-user and that he was dyslexic and a schizophrenic. The author even went into detail about the long-rumored homosexual affair between Lennon and the Beatles manager, Brian Epstein, as well as alleging a number of liaisons by Lennon with other men, including a claim that he solicited underage male prostitutes in Thailand. This latter assertion greatly angered Yoko Ono and Paul McCartney. The book was criticised by Lennon fans for allegedly containing much unsubstantiated conjecture, and tending to present worst-case scenarios when doing so.”

I had a paperback copy of this book, but a first edition hardback in excellent condition was tempting despite it’s critical reputation. Like I said, it is very thick:

And so I bought it. I like the cover, too. A great Iain Macmillan photograph of John Lennon. If you don’t think you know Macmillan’s work, you do. He’s the guy who took the famous photos for the cover of Abbey Road. He also did a  lot of other work for John and Yoko including:

On the rear cover of the Goldman book Macmillan’s portrait of John his is presented simply like this: