On Tuesday (July 22) this week Dhani Harrison posted this photo on his band’s Facebook page: 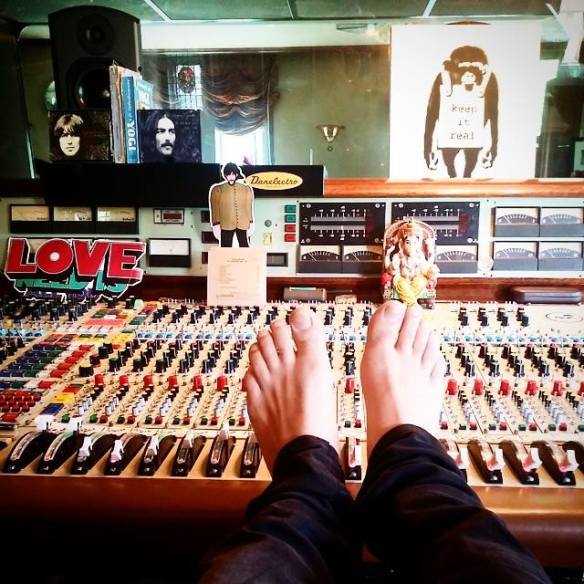 The note attached said: “Back to work .. Happy Monday to all the twos out there. If you look closely you may spot something PH and I have been working on for the past few months.”

PH is Beatle remaster expert Paul Hicks – and that “something” in the photo is most likely the packaging for a new George Harrison box set to be called The Apple Years:

It’s a box on the top left of the mixing console – sitting alongside a copy of The Dark Horse Years box set, a previous Harrison collection (on the right). There’s also some sort of test pressing leaning up against the cartoon George Harrison character in the photo. Dhani Harrison later confirmed that indeed he has been working on re-issues of the first seven Apple Records solo albums by his father – something he described as “a lot of work…”.

There’s now debate and speculation about exactly what this might mean. Will it include Electronic Sound (which technically wasn’t on Apple but on the Zapple label)? 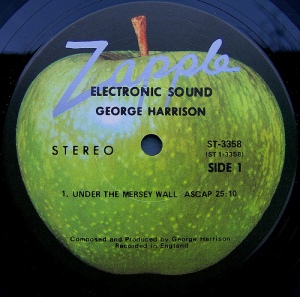 Most well-informed talk out there amongst Beatle and Harrison fans is firming around these seven titles:

The AllMusic site has listed the set and has a September 22 release date pencilled in, which puts it in direct competition with The Beatles In Mono vinyl box set announced by Apple last month……

No other details – but the site does mention a DVD is part of the set as well.