There’s nothing like poking around second-hand book and record fairs for an hour or two looking for Beatle treasure – especially if the monies raised are for a good cause.

Every year the Lifeline organisation holds a huge used book sale at Knox Grammar, a posh private school on Sydney’s upper north shore. It is BIG. A very large hall in the school grounds is filled to bursting with books – and usually a wide selection of CD’s too.

This year we were lucky enough to get there late on Day One of the sale before everything had been picked over too much. Here’s what we found: 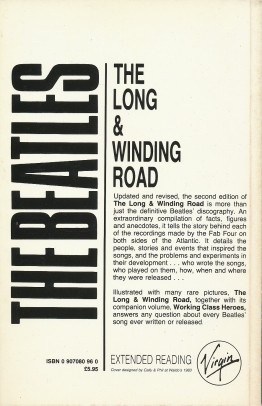 Neville Stannard’s The Long and Winding Road – A History of the Beatles on Record was first published in 1982. Back then (and you have to remember this was pre-Internet!) it gathered together for the first time knowledge about every Beatle record and song – for both the UK and US markets: who wrote each song, why, how and when; how, when and where each was recorded; how many copies sold; chart positions; cover images and other artwork. That sort of info was available – but never gathered together in the one place. In this sense Stannard’s book was a trail-blazer and remains a valuable reference work. The book we have here is the second edition (published a year later in 1983) and as such has many corrections and revisions to the original. Really good to have in the collection.

Next find was A Day in the Life – The Music and Artistry of the Beatles by Mark Hertsgaard.

Got to admit we don’t know much about this hardback. Mark Hertsgaard is a journalist and author better known for his writing on climate change and so this work on the Beatles looks to be born from a personal love and knowledge of the band and its music. It was published in 1995 and reviews posted online look good. Looking forward to reading it and learning more!

Mark Hayward, the author of The Beatles – On Camera, Off Guard (2009) is also responsible for this earlier Beatles work:

Hayward is an avid collector of Beatle images and over thirty years has built up one of the largest collections of Beatle photographs in private hands. The Beatles Unseen (2005) is a large, hardback book where the best and most interesting private photographs are curated and presented. Mostly informal, un-posed images, they shine an insiders light on the band – a “behind-the-scenes” look at their home and work life. It is a book you can flip through and dip into at random – sort of like a family album. Typical is this sequence. It shows the 1968 wedding of Paul McCartney’s brother Michael McCartney (a.k.a. Mike McGear) to Angela Fishwick in the village of Carrog in North Wales. Paul is with then girlfriend Jane Asher: 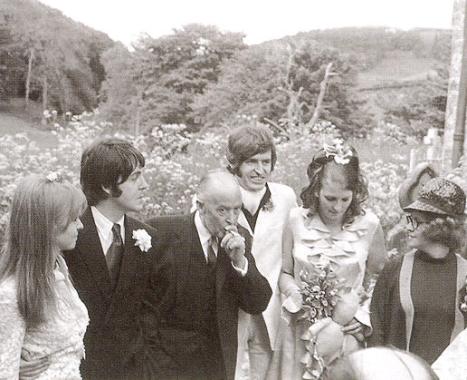 “Unseen” family photographs are also the theme of the final book we walked out of the Lifeline second-hand book fair with:

Nishi Saimaru began working with the Lennon family in 1976 and served as their personal assistant and photographer until 1979. As a companion to the Lennons during their travels both in the US and in Asia he was able to capture family members in private moments while on the move – on holiday and at play. This sequence, taken in 1978, shows John, Yoko and son Sean with friends and neighbours at a birthday party held in Central Park, New York for both John and Sean (they share the same birth date). John was thirty-eight and Sean was three: 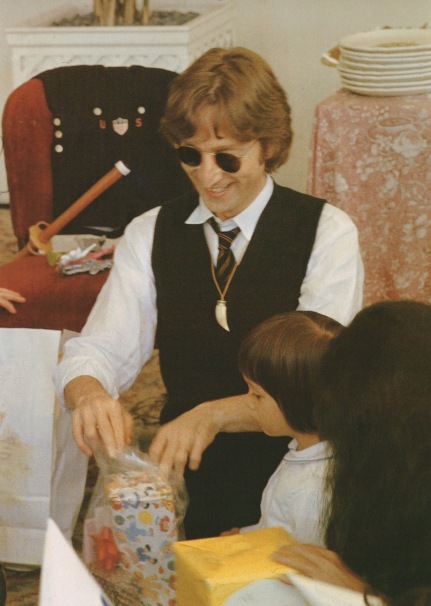 The John Lennon Family Album is a soft back book published in Australia in 1990. It was originally published in 1982 in Japan, and again in Japan in 1990. We believe there were also US and UK editions of this book.