The long-expected official announcement of the next two instalments in the Paul McCartney Archive Collection has just been made.

Paul McCartney and Wings’ Venus and Mars (1975) and At The Speed of Sound (1976) will both be issued on 22 September in the UK and 23 September in the US, slotting into an already crowded Beatles and related release schedule for September: 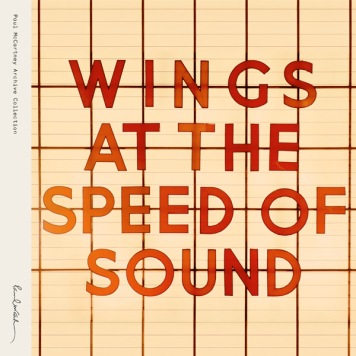 Both albums will be available in a variety of physical and digital formats:

The Standard Editions will be a 2 CD set featuring the original albums remastered, plus a second CD of bonus material including demos and previously un-released tracks.

The Deluxe Editions will each contain 2 CDs plus a DVD, housed in a numbered hardback book featuring new articles, interviews, photographs, facsimile archive inserts and expanded track-by-track information. The DVD will feature material filmed at the time of each album’s release, some of which is previously unseen.

Both albums will be issued on vinyl in special gatefold covers. Digital downloads will be available for both Standard and Deluxe, and in a variety of formats including hi-res versions.

The detailed contents of each (including full track-lists) can be found at the Paul McCartney official page, and there’s more info in these two new YouTube clips which have just gone public: