The dearth of information in today’s mystery teaser announcement on the Beatles official page leads fans inevitably to snooping around the web trying to find something, anything, on what it might all be about.

Truth be told, there’s not much around. Word has it that there’ll be more official news on Tuesday….

But what is with that address given at the bottom of the image in the email sent out to subscribers of The Beatles.com? You can see it here: 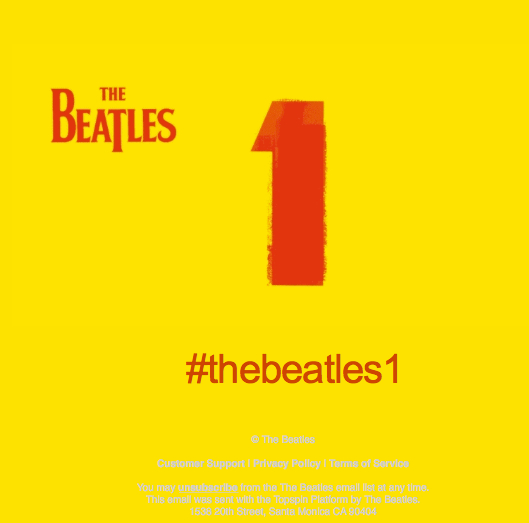 If you search in Google Maps for 1538 20th Street, Santa Monica, California 90404, and then go to Street View, you’ll see this very non-descript building: 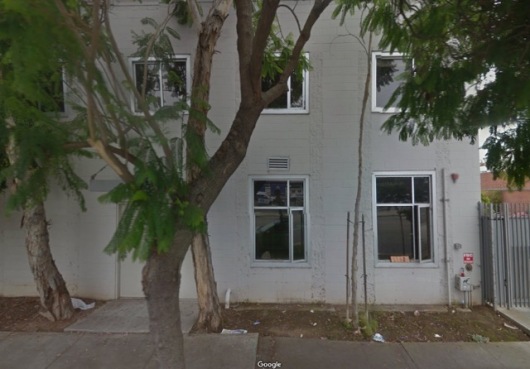 Does that look like the US headquarters of a multi-million dollar Beatle empire? No, we didn’t think so either. Check out that hand-written wooden sign propped on the right-hand-side windowsill, with the 1538 street number.

The email image also credits a company called Topspin, and a service called The Topspin Platform. That’s an online, direct-to-fan sales and marketing tool used by a wide range of bands to promote their product, make online sales, sell tickets to gigs, etc. Check out the video on the page to find out more. They’ve done a lot of work with the Concord label in marketing Paul McCartney’s releases over many years, so it’s not that surprising that Universal and/or Apple and the Beatles have used the company to kick off this campaign. But Topspin isn’t at 1538 20th Street, Santa Monica either. Their address is 3120 W. Empire Ave., Burbank, California 91504 – in a much more salubrious part of that city.

So what is going on? The mystery deepens…..