It has been distinctly quite on the purchase history front – not much out there recently that we’ve wanted to add to the collection. That changed last Saturday with a visit to one of Sydney’s biggest record fairs held in the suburb of Glebe, which is very close to the downtown area. The Glebe fair is always a pretty big deal and every year lots of people who love vinyl, books and CDs turn up to crate dig for a couple of hours to their hearts content: 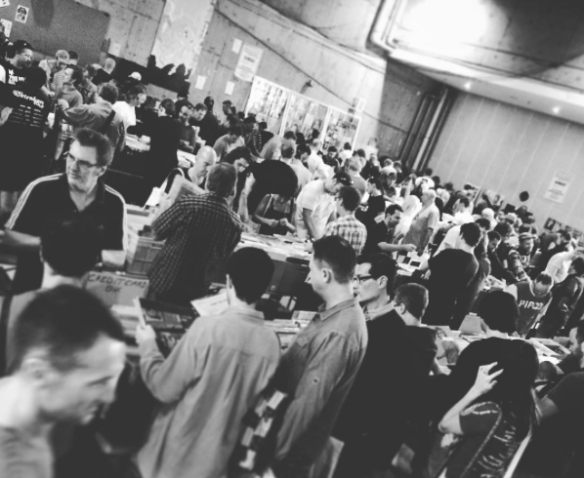 And that’s just some of the crowd. The room is actually about three times bigger than what you can see here. When you first walk in there’s an amazing – some would say daunting and overpowering – number of stalls to check out and make your choices.

We really tried to be disciplined and not go crazy and so walked away with just three vinyl 45’s that, until now, were not in the collection. They’re all Australian pressings, two from John Lennon, and one from George Harrison:

It’s good to have the original Apple Records custom labels for George Harrison’s “Dark Horse”, from 1974. (It’s wife Olivia’s eyes on the B side).

Each of these came in their original Apple paper sleeves too: 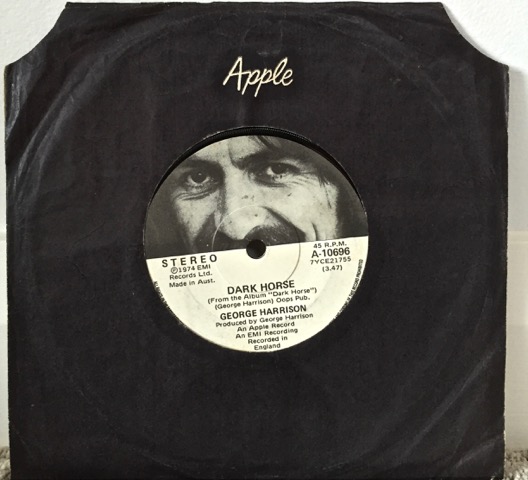