As the release date of September 7 draws near, more images of Paul McCartney’s eagerly awaited release Egypt Station are beginning to trickle out.

This is helping collectors to delineate just what is what in the still-confusing array of variations on offer. 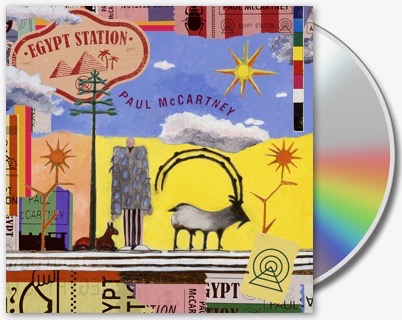 This will be joined by a version with two bonus tracks that will only be available at Target stores in the US and HMV stores in the UK. The two tracks will be ‘Get Started’ and ‘Nothing For Free’. Note the “Exclusive” Target sticker at bottom left: 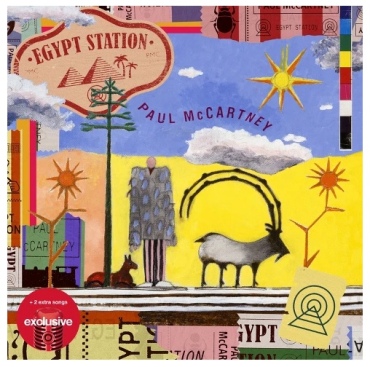 The CD plus two bonus tracks will also be available at some independent record stores in Europe:

As has often been the case in the past with Japanese McCartney releases those two bonus tracks will also be available on a higher-priced SHM-CD edition of the disc in that country. (The standard CD will be the 16 track edition with no bonus tracks). 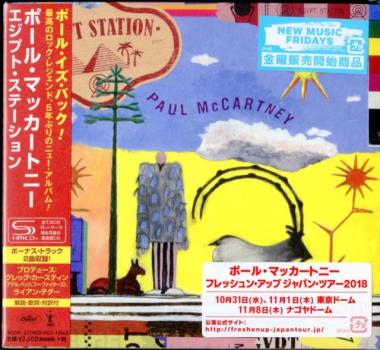 However, Barnes and Noble in the US is also offering a Standard Edition in an exclusive red vinyl: 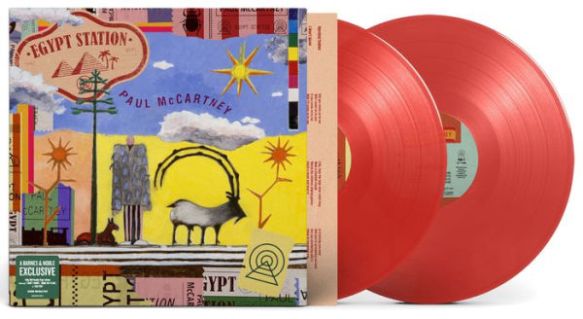 Both versions come with a pink lyric sheet insert.

Then there are the Deluxe Edition vinyl versions, with two main variations. These will come in what is described as “180g Heavyweight Double Vinyl, Tri Gatefold Concertina Jacket with a 6 Panel Canvas Concertina Folder”. Firstly the black vinyl Deluxe:

As you can see, the lyric sheet insert for this is a deep blue colour and is also tri-fold.

Meanwhile, only at the official McCartney store, you can order an exclusive coloured vinyl Deluxe Edition – and the colour of those discs has today been revealed for the first time: