Paul McCartney has issued an “unboxing” video of his forthcoming Wings deluxe edition of the album Wild Life:

Wild Life and Red Rose Speedway are the next two titles in the Paul McCartney Archive Collection series, and both are due for release on December 7. Full details are contained in the official press release.

There will be multi-disc deluxe box sets for both titles, as well as 2CD editions and 2LP Archive releases as well. Red Rose Speedway gets an additional 2LP release that re-imagines the album as it was originally submitted to the record company, but rejected as a concept and the original single LP issued instead: 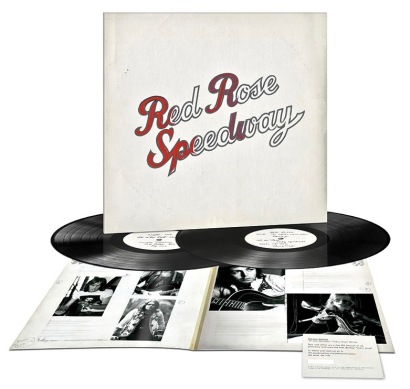 If you wanted both deluxe CD box sets paired into one very limited edition box, along with an additional bonus Wings Over Europe 20 track CD, photo book, facsimile 1972 tour programme all housed in a special 7 colour screen printed box, inspired by the 1972 Wings Over Europe tour bus, then that was available too – for a time. The website is saying the first edition is now completely sold out. No news of a second edition – yet. The 11CD super box set is called Paul McCartney and Wings 1971-1973 and the details are here.

Meanwhile on Instagram McCartney has shared some comments from Abbey Road mastering engineer Alex Wharton about his experiences working on the reissues of both Wild Life and Red Rose Speedway:

“It’s always an absolute honour and pleasure to work with Paul and the team at MPL. Working on Wild Life and Red Rose Speedway, there were so many nuggets such as the psychedelic jam ‘Loup (1st Indian On The Moon)’ and ‘When The Wind Is Blowing’. These are incredible portals in my opinion! It’s amazing to see how much Paul cares about music that he has already put out into the ether – to go back to the original tapes and create a sound that both Paul and we believe will touch people in a deeper way. The song ‘Wild Life’ is a real highlight for me. It’s a great sounding record, but the lyrics cover real awareness and the relationship between ourselves and other animals – themes that are more relevant today than ever.”