This post comes about for a couple of reasons.

Firstly, it was prompted when last week Neville, a beatlesblog.com reader, sent in a scan of an original ticket stub from one of the concerts given by the Beatles in 1964 in Sydney, Australia at a venue called The Stadium….

Neville wrote:  “This is not a particularly fancy ticket and is definitely used. They tore off the end of it at the door as you went in. This is 1964. Sending you this is giving away my age, I was 19 at the time….I can recall the concert fairly well although some details are a little bit sketchy now. Suffice to say that the Beatles performance was much shorter than today’s concerts, only about 45 mins max perhaps and about 15 songs only I think. And despite the claims about the deafening screams, you could still actually hear the songs (just). However that might have been because we knew them all at the time. It was mostly from “Please Please Me” and a few of the singles. It really was a very exciting performance and you got carried away by the crowd reaction!”

“There were a couple of support acts as well. The one I remember the most was Johnny Devlin who was then a fairly wild rocker and wore skin-tight black leather pants which the girls seemed to like…”

“The remarkable thing about the Stadium was that is was built as a boxing venue and the audience surrounded the stage (ring) which was in the middle of the building. For concerts they had a revolving platform on the stage so that no matter where you sat, at some stage the performers would be facing you. This must have been a bit disconcerting for the acts. The acoustics weren’t that great, neither were the seats, just being wooden benches. Anyway, concerts there just seemed to have an atmosphere all their own.”

Thanks for the scan. Neville got talking to a friend recently who’d also been at a Sydney Stadium Beatles concert (at a different performance though – the band played three shows there on 18, 19 and 20 June), and he confirmed that the performance of the Beatles was short – only about 30 to 45 minutes. He also reminded Neville that another act was Sounds Incorporated, who performed instrumental material only. Also on the bill were Alan Field, Johnny Chester, and a band called The Phantoms.

This was part of the Beatles’ very first world tour, June 1964. Ringo Starr missed the first leg of the Australian concerts due to severe tonsilitis (the band went first to Adelaide in South Australia, then to Melbourne in Victoria before the  Sydney shows, then to New Zealand, and back to Australia for two shows in Brisbane in Queensland before jetting back to England). Ringo re-joined the group in Melbourne and Neville says he was definitely on stage for the Sydney concerts. Until then his place was taken by the then little-known drummer Johnny Nicol.

2014 of course will be the 50th anniversary of the tour and two museums here are teaming up for a large exhibition. The Powerhouse Museum in Sydney and the Melbourne Arts Centre will next year launch a “Beatles Down Under” exhibit featuring collectables, documents, memorabilia, photographs and sounds from the time. It centres around the personal archives of the Australian tour promotor at the time, Ken Brodziak, and will be on show at the Powerhouse in 2013, and then move to the Arts Centre Melbourne in 2014.

The Australian Broadcasting Corporation (ABC Radio) broadcast a lengthy interview with Peter Cox (curator at the Powerhouse) and rock historian Glenn A. Baker (author of the book “The Beatles Down Under”). Here’s a short extract. The interviewer is Rod Quinn:

You can click here to listen to the entire interview.

The final reason for this post is the book simply called “The Beatles in Australia”. It was originally released in 2005, but seems to be still available as it remains on the New Holland book publishers website. 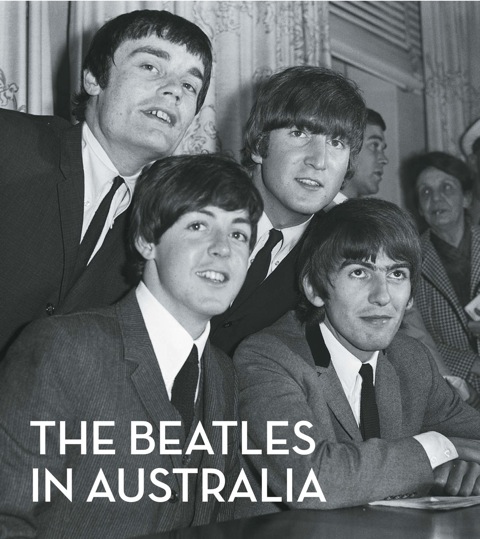 As you can see from the cover image above this book features many unique images, mostly taken during the Adelaide leg of the Beatles Australian tour where drummer Jimmy Nicol was standing in for an ill Ringo Starr.  Most of the images in the book had never been published previously. They were taken by Brian Cooter and Rosemary Blackwell and were purchased by the author, Mark Hayward through Christie’s and Sothebys.

Below is part of a transcript, included in the book, from the Beatles first press conference in Australia held on Thursday, 11 June 1964 in Kings Cross, Sydney:

Interviewer: Have you written any songs with Australian themes?

John: We never write any themes about anything. We just write the same rubbish all the time.

Interviewer: Do you play the kind of music you want to play or music people want to hear?

John: No, we’ve been playing the same music for five or six years, just rock n roll, we just happen to write it

Interviewer: Well what do you think made the difference that suddenly pushed you above all the other groups?

George: We got a record contract.

It is evidence of typical Beatle banter – clever, unassuming, disarming. There are some really great photos in this book, including the arrival of the band in Adelaide where they were greeted by a crowd estimated to be 350,000 people. If you know Adelaide (even today) that is a huge turnout of fans:

George with the local press and media:

And at the concerts: 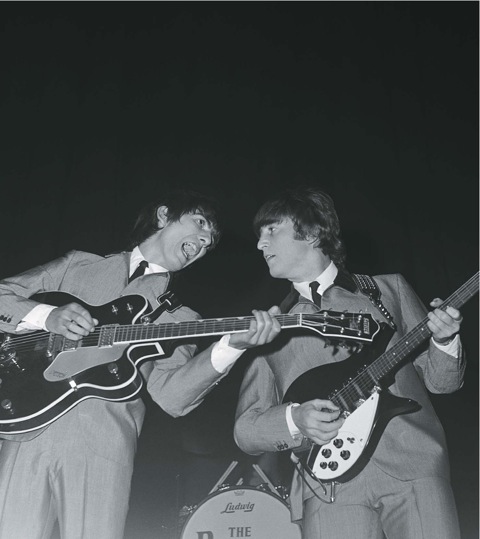 I’m still trying to track down the exact exhibition dates for the Sydney Powerhouse and Melbourne Arts Centre. More soon.

4 thoughts on “The Beatles in Australia”